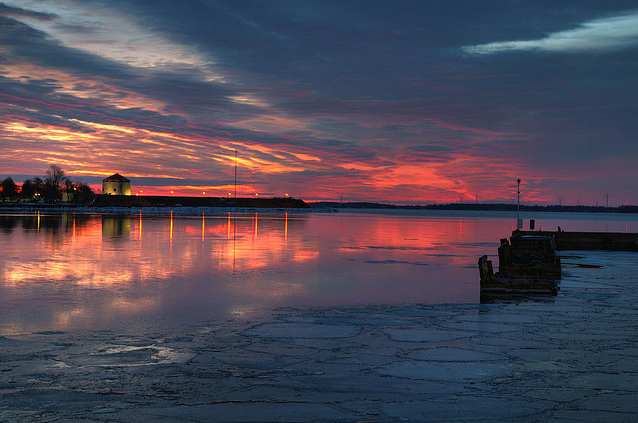 It always seems to happen like this.  I take off for a few days and all of a sudden things get exciting.  In case you’ve been hiding under a rock, which is understandable given the heat wave this week, Cirque du Soleil has announced that they will kick off their upcoming tour with not one, but six shows at the K-Rock Centre.  While many of us would likely jump at an opportunity to see Cirque du Soleil in Kingston, I just can’t get over their estimation of demand for tickets in the Limestone City.  Will they actually sell enough tickets to put on each and every one of these shows?  Regardless, prices to see Cirque at the KRC are attractive, ranging from $39 to $99 for the “peak time” shows.  Tickets would make for a great early holiday treat for those who are hard to buy for.  And in case you were wondering, only 140 days remain until the big guy in the red toque makes his annual pilgrimage.

This weekend the Limestone City is playing host to a few notable events.  The Wolfe Island Music Festival kicks off this evening with a series of shows all over the Island, while the big main stage concert is tomorrow.  With nearly twenty of Canada’s most awesome indie acts performing, WIMF10 will not disappoint.  Second we have the controversial Thousand Islands Poker Run, which was the topic of interest for this week’s poll question.  There’s been a great discussion going on in the comment section, and for the first time ever, I can honestly say that I am a bit shocked by the poll results.  Last but not least, an honourable mention goes out to the Save our Prison Farm campaign, who will be making one last show of resistance this weekend when Correctional Services Canada will reportedly start moving livestock from the Frontenac Institution.  It’s a sad end, and it leaves me worrying about the future of the prison farm land.

Thanks to The Jimmer for today’s photo, which makes me yearn for those bone chilling days of January.