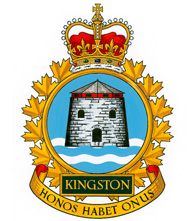 Canadian Forces Base (CFB) Kingston has released the following public service announcement in advance of a military funeral taking place on Saturday, Mar. 2, 2019.

The public should be advised that there will be a military funeral on the 2nd of March, 2019 at St. Joseph’s Catholic Church at 392 Palace Road, Kingston. In support of this funeral at 2:30 p.m. the honour guard will fire a military salute with 3 volleys of rifle fire. This salute will use blank rounds. While they maybe loud, they pose no threat to the public.

The honour guard will support the funeral of Stéphane Bilodeau, a 32-year member of the Canadian Armed Forces, who passed away on Monday, Feb. 25, 2019. Bilodeau’s full obituary is available here.