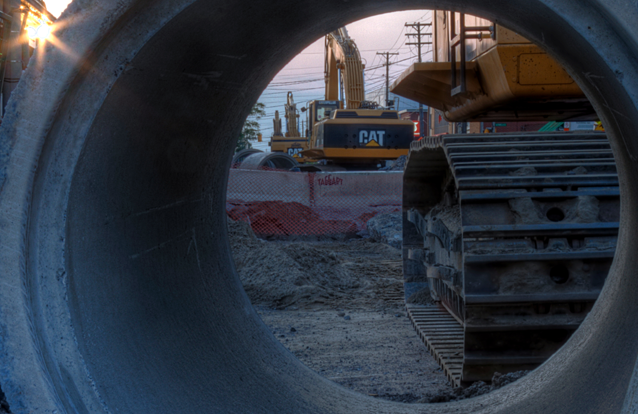 I need you to think back to last October, during the lead up to the 2010 municipal election.  At that time, candidates of all stripes were making the rounds, touting the necessity of this aquatic centre over that road expansion, and then there’s the ongoing saga to realize a third crossing over the Cataraqui River.  Campaign promises were made, voters responded, and just over six months later, our new council has begun to prioritize capital infrastructure projects, which will arguably define their term in office.  As we reported last week, council has penned a draft list of key projects, in priority of importance, but is this list in keeping with the promises they made back in the Fall?  Regardless of any inconsistencies, this week’s poll asks:

Which capital infrastructure project is the most important?

While we all have different thoughts on what needs doing in the City of Kingston, regardless of where we differ, at the end of the day it comes down to the bottom line.  Whether we’re talking about a $32 million aquatic centre at the Invista Centre, $70 million dollar expansion of John Counter Boulevard, $5 million dollars for affordable housing, or $120 million to build another crossing over the Cataraqui River, all of these projects come at a price.  Since we’re footing the bill, council’s tough job is to weigh the necessity of projects against their respective impact on our taxes.  It’s all about getting the most bang for our collective bucks, and if that means a few of these projects have to be put on hold for the foreseeable future, so be it.

What do you think?  Does this prioritized list of capital projects line up with your needs?  Are there any obvious omissions, projects that are severely undervalued, or white elephants?  Are you seriously concerned about how the completion of all/any of these projects will impact our taxes?  As always, we’d appreciate it if you leave a few comments below.

Thanks to RobMan170 for today’s photo.