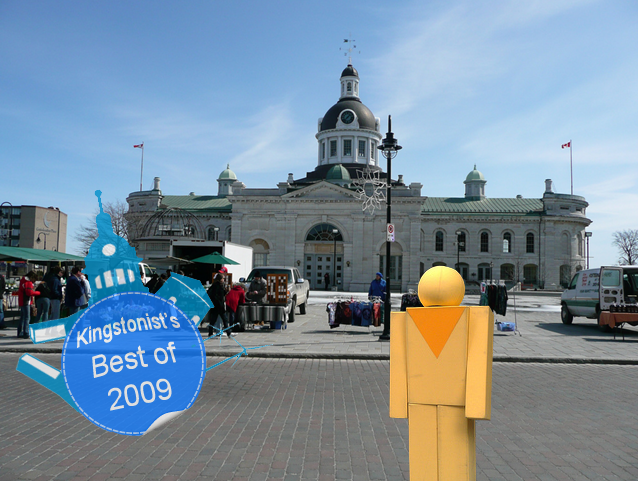 Before we get started, I would like to thank those who took the time to comment and Email us regarding their fave Kingstonist content from 2009.  Compiling a list of our most memorable posts from this past year was not an easy task, and so audience participation was an invaluable asset.  There is no particular order to our Best of 2009 review, however if ranking was based solely on popularity and unique visitors to Kingstonist, today’s feature would take top honours.

This past summer, a strange looking motor vehicle with a roof-mounted camera array was seen combing the streets of the Limestone City.  It didn’t take long for the news to spread via Twitter, at which point Kingstonians became obsessed and infatuated with a character known as Pegman.  In case you’re still drawing a blank, the vehicle belonged to Google who was on a mission to capture street-level imagery of Kingston for the eventual expansion of their Street View application.  While there is no definitive date as to when Street View will become available in Kingston, we’re anxiously waiting the opportunity to go for a virtual drive through local neighbourhoods to catch a glimpse of all the blurred out faces. Read the original post to relive the magic, and keep an eye out for Street View and Pegman in the New Year.