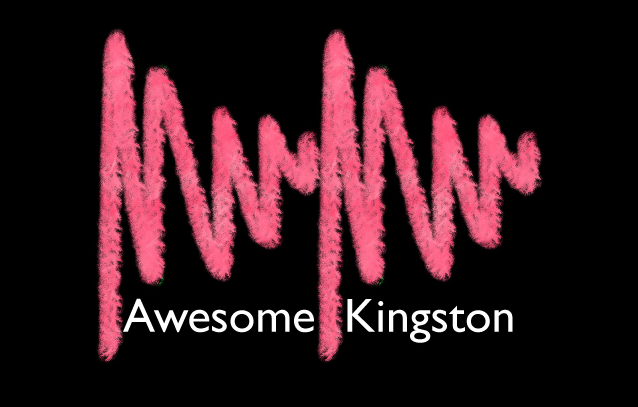 There are many initiatives in Kingston that help us all to make our city a little more awesome. There are numerous grants offered through the City and the Arts Council, there are non-profit organizations offering free workshops and skill training seminars and, of course, there is Kingstonist’s YGK Challenge (it’s a little thing, but it’s a nice thing). A new project has begun in the last few months to step it up even more: Awesome Kingston.

When I first heard about this project I thought it was another foundation giving out grants – which is great – but then upon further research, I learned that there is no foundation behind it, just real people generously giving money from their own pockets. Awesome Kingston is not an original Kingston idea but it has been put into play here by a group of Trustees who pool together $1000 to give away to a worthy recipient every month – no strings attached. Applicants don’t need to be part of a non-profit organization, a charity or a business – but they can be. Individuals as well as groups are invited to apply. Basically, if you have an idea that you think will improve Kingston, that’s all that matters. Awesome Kingston doesn’t own a share in your idea or anything like that – they just give you the cash to see it through.

The way it works is, if you have an idea, you fill out a simple application at Awesome Kingston’s website. The individuals, or groups, whose ideas are considered will then have 90 seconds to a do a public pitch for the Trustees and members of the community (you!) who will then be given the opportunity to ask questions about the project. After hearing the pitches, the Trustees make the difficult decision of who will receive that month’s award. So far, there have been two recipients of the $1000 gift. In November, after a pitch at The Merchant Tap House, Orchestra Kingston was awarded the money to purchase new Timpani. Last night at The Mansion, HARS received the funds to purchase a new washer and dryer for their newest project, Jeannie’s Place. You can read more about it here.

The public pitches occur on the third Thursday of every month at a different location, so it’s important if you’d like to be a part of this terrific community booster, to keep an eye on their site or Twitter to find out where they’ll be next. January’s pitches will take place on the 19th from 7pm-9pm, location TBD.

The whole idea of Awesome Kingston gives me a warm feeling. Community funded grants are a wonderful thing but sometimes ideas just don’t fit neatly into required categories and the long applications can be daunting. This project’s “no rules” attitude opens up so many possibilities for so many people. Just another reason why Kingston is awesome.