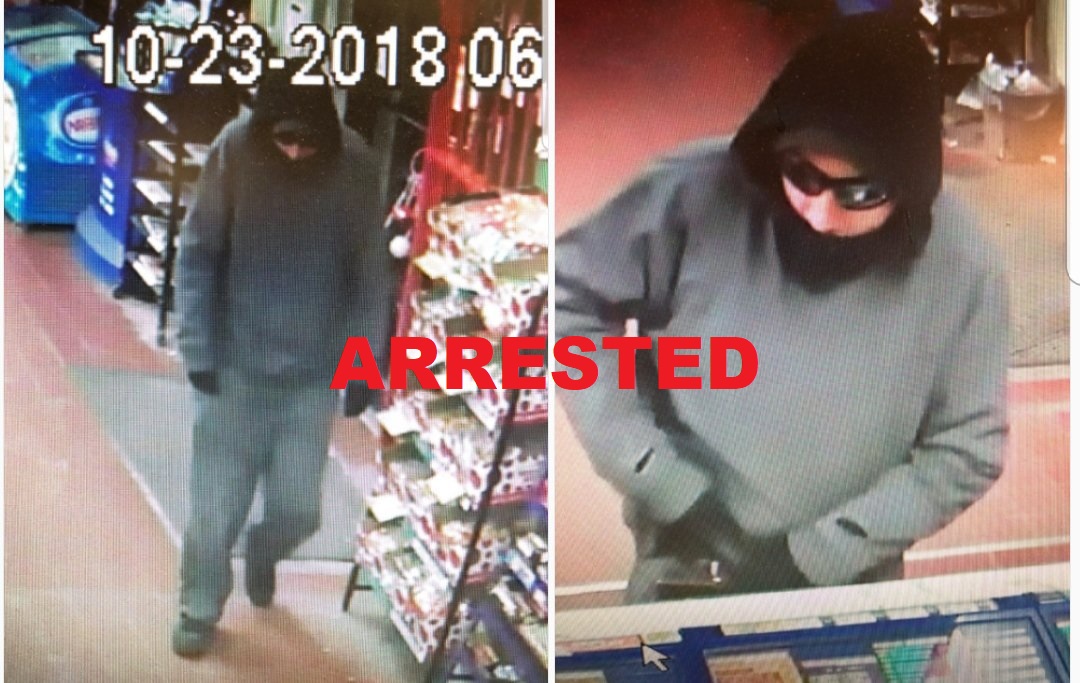 The suspect in the attempted robbery earlier this week has now been arrested, according to Kingston Police.

At approximately 6:38 p.m. on Wednesday, Oct. 24, 2018, the suspect was involved in an attempted robbery at East Side Market (formerly Brites Groceteria) at the corner of Division Street and Elliot Avenue. No one was injured, but Kingston Police released the above photos and some video surveillance footage from the incident, asking citizens to be on the look out for the suspect.

The suspect, a 33-year-old KIngston man, was arrested on the night of Thursday, Oct. 25. He is currently being held for a bail hearing.