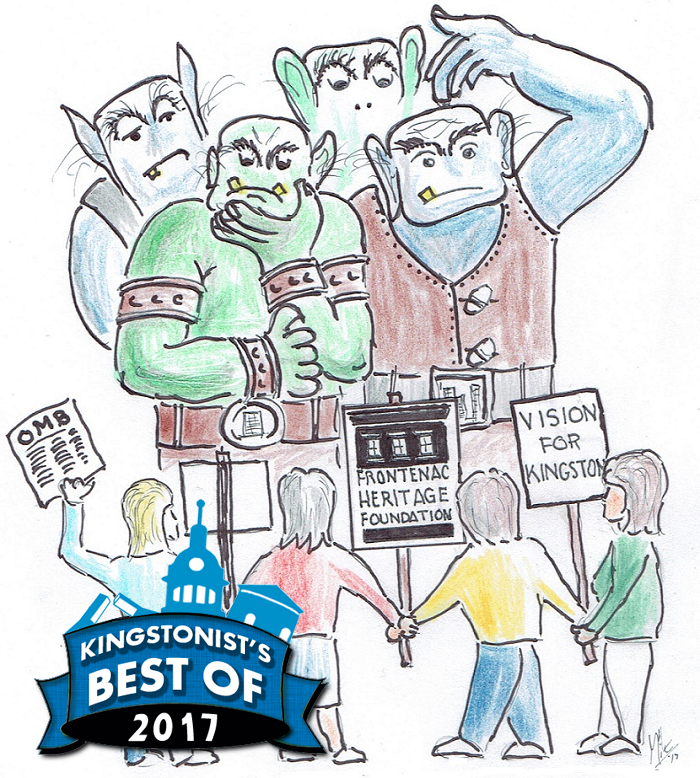 Our final look back at 2017 features one of our most talked about political cartoons, which generated a bit heat thanks to its subtext.  The outstanding work by our resident political cartoonist depicts those taking a stand against big, ugly condos and was misinterpreted by many readers.  Was it meant to call developers and supporters of various condominiums “daft” ogres?  Hardly! And as evidenced by Mike’s follow up explanation, his main goal has always been to create work that makes you think about what’s really going on in Kingston.  Whether you see David vs Goliath, a disproportionate human scale, the strength of a collective grass roots movement, or last season’s ogre fashion, we hope you’ll continue to read way too much into future articles and cartoons, and spur on healthy conversation.  Join us next week as resume regular programming and kick things off for 2018.

Read on and see why the original political cartoon about taking a stand is one of our Best of 2017.