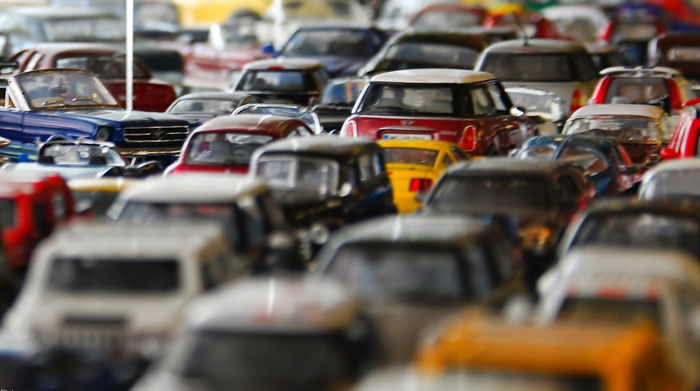 Here’s an instructive little game to play some afternoon. Around 4:30 pm, turn on the Ottawa CBC’s (107.5 FM) feed of its going home show. And what will you hear more than anything else? Reports of frantic traffic conditions punctuated with words such a “crawl,” “snarled” and “gridlock.” Think this sounds bad? Try sampling morning traffic in Toronto and Montreal by going to their active traffic sites on the internet. Statistics Canada reports that the average daily Toronto commute time is 32.8 minutes each way or over an hour both ways a day. About 30% of Toronto commuters are condemned to spend more than 45 minutes each way every day. Global surveys rank Toronto and Vancouver high on the list of most traffic-congested cities in the world. Who would ever have thought of comparing Toronto to Rio or Bangkok? But that day has arrived. And traffic congestion not only brings a huge loss in productivity, but also pumps pollution into the urban environment and exerts ever-increasing pressure of maintaining and expanding costly infrastructure. Have you driven on the crumbling and congested Gardiner and Don Valley Expressways recently? Heard any six-lane Highway 401 horror stories of late?

Do we want this in Kingston? Virtually all of the congestion mentioned above is rooted in North America’s post-World War II love affair with the car. It was an era when forceful urban planners could only conceive of the future in terms of the rubber meeting the road. In the United States, that bully bureaucrat Robert Moses covered New York state with freeways and threw bridges across the Hudson with little regard to the environment, heritage or the social conditions of those who couldn’t afford the new commuting life style. In Canada, mayors such as Nathan Phillips and Jean Drapeau similarly worshipped at the altar of concrete. Today, we now understand that their vision of a motorized civilization has led to chaos. And, paradoxically, such chaos has created even more chaos as urban planners seek to solve today’s traffic problems by pouring even more asphalt and perpetuating our dependency on automobiles. All the while, the radio crackles with daily reports of construction slowdowns here and reduced lanes there.

Kingston’s infatuation with building a Third Crossing threatens to launch our fair city on a similar road to nowhere. A $200 million bridge across the Cataraqui will, we are told, open the way to a new and free-flowing future for Kingston. This equation of concrete, asphalt and steel with urban progress is a chimera – a false vision of what urban life should be in the early twenty-first century, a reality that is finally sinking in other cities where traffic-induced congestion and pollution is a daily plague. Beyond its onerous impact on our municipal tax bill (and who believes such a project will come in on budget?), the bridge would steal our opportunity to build a local society that is built on something other than the primacy of what the great Kingston historian Arthur Lower once described as “the Great God Car.”

If we build this bridge, we commit ourselves to the increasingly narrow path of car-borne civilization. In doing so, we deny ourselves the future option of cleaner air, better mass transit, and a host of other civic initiatives ranging from improving our waterfront to helping those in need in our society. The Third Crossing is a bridge too far if we want a truly “better” Kingston.

One thought on “Community Soapbox: A Bridge Too Far”