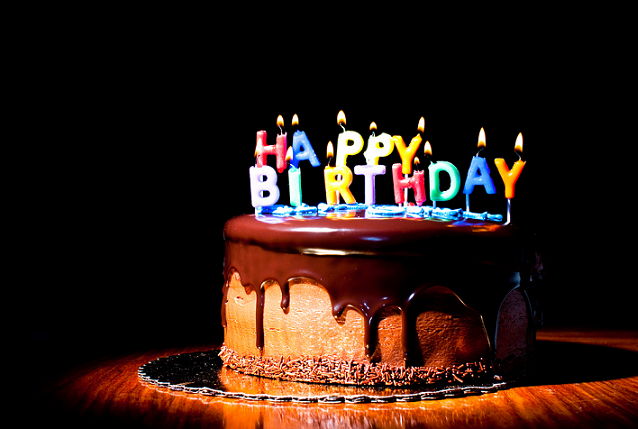 Happy Friday, er, Saturday everyone! Our Internet was down all day yesterday so unfortunately this post was delayed. In any case, we’re back online and we’re very excited here at Kingstonist because next week we will be celebrating our 4th birthday, and that means contest time!

This year we’re changing up the format of our Big Birthday Contest to spread out the prizes and the love. As was the case last year, we’ll once again be testing your knowledge of Kingston by unveiling a new skill testing question everyday, from Monday, February 27th until Friday, March 2nd. You can attempt to answer the daily question by commenting below, responding to @kingstonist via Twitter or by commenting via the daily post on our Facebook page. Just to keep things interesting, we’re going to allow our readers to increase their chances of winning by submitting their answer in all three places! All responses received by 8pm daily will be entered into a draw and the winner will be announced early the following day. In addition to some pretty great mystery prizes, each winner will receive an awesome, impossible to get, Kingstonist t-shirt.

Don’t forget to include your email address when you enter so we can get in touch with you.  Good luck, thanks for reading, and thank you for helping us celebrate Kingstonist’s fourth birthday! Additional thanks to Omer Wazir for today’s photo.

1. Identify the year Kingston’s namesake Royal Canadian Naval vessel was commissioned, as well as where she is homeported. Prize: 2 tickets to Sarah Slean.

Brenda Slomka tweeted the correct answer: The HMCS Kingston was commissioned in 1996 and lives in Halifax.

2.  What is Ted Tsu’s age multiplied by the year Kingston was incorporated as a city minus the seating capacity of the K-Rock Centre?  Prize: 2 tickets to Sarah Slean.

4. Queen’s Ontario Hall, currently the Fine Arts department, has been home to many departments over the years. What federal office was located there and what large, scientific device was housed in the basement? Prize: 1 VIP pass to KCFF (Free entry to the entire festival!)

Congratulations to Josh Lyon who commented and tweeted correctly that Ontario Hall housed a post office and a particle accelerator.

5. Today’s Question: The year The Kingston Symphony was founded, plus the number of principal conductors they’ve had since then, minus the number of concerts held this season (Sept. 2011-May 2012).  Prize: 2 tickets to tomorrow’s Grant Hall Series’ performance by Georgy Tchaidze and The Cecilia String Quartet.