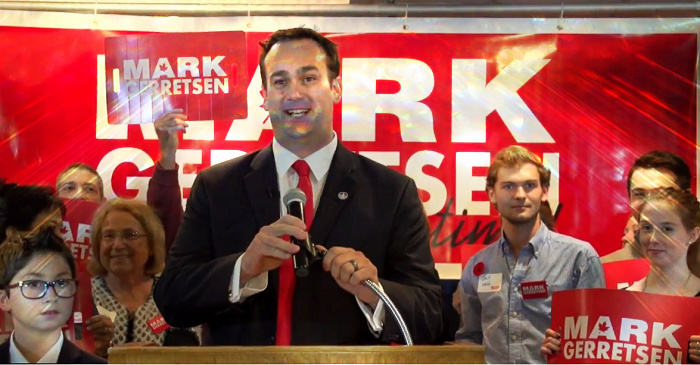 October 19th has come and gone, and the results from the 42nd Canadian general election are finally in. Kingston and the Islands remained a Liberal stronghold, with the party recording their tenth consecutive win in our riding. With the retirement of our previous Member of Parliament, Ted Hsu, the Limestone City’s new face in Ottawa is none other than our former Mayor, Mark Gerretsen. While the Liberal’s local win may come as no surprise to many, the party’s stunning victories in key ridings across the country were somewhat unexpected.  The breakdown of seats won by each party, and their respective gains and losses, is as follows:

These results show notable losses for both the PC and NDP, which has already resulted in Stephen Harper announcing that he’ll be stepping down as the leader of the Conservatives.  Not surprisingly, Elizabeth May managed to hold on to her party’s lone seat, and the Bloc Québécois picked up a few but also managed to lose in their leader’s riding. With the overall results in mind, this week’s first poll asks:

How satisfied are you with the national results from the 2015 Federal Election?

For Kingston and the Islands, the results differed in many ways compared to 2011.  Initial indications suggest that voter turnout came in between 68 to 73 percent; either way an increase compared to 63.9 percent in 2011.  The Liberal Party’s local support rose significantly while the Greens were also up slightly, and both the Conservatives and New Democrats saw their numbers fall.  When all the ballots were counted in Kingston and the Islands, the breakdown of votes cast for each candidate was as follows:

To cap off our 2015 Federal Election coverage, this week we’re offering up a second special poll question, which seeks to know:

Are you happy with the election results in Kingston and the Islands?

How do you think the local candidates conducted themselves over the course of the campaign? In spite of the length of the campaign, the attack ads and host of ridiculous distractions, how will you remember the 42nd Canadian general election? With a majority Liberal government now in play, what immediate changes are you expecting from Prime Minister-designate Trudeau and his party?  Drop off your comments on the results, and what you think that they might mean for Kingston and the Islands.

Photo credit to Mark Gerretsen (from his campaign rally).

One thought on “2015 Federal Election Results”