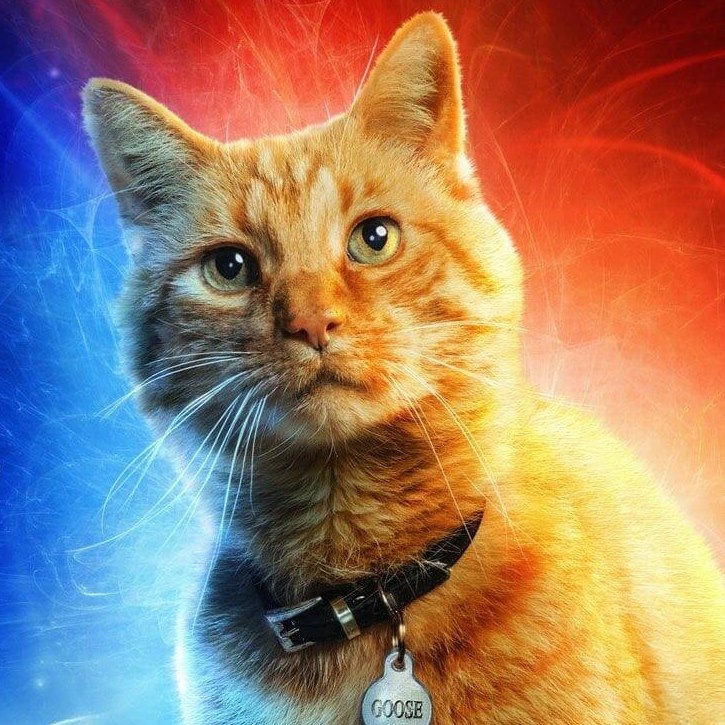 “Wow what an ending!  Who’d a thought Darth Vader was Luke Skywalker’s Father?”

That statement is an example of the kind of thing everyone exiting the theatre for Marvel Studio’s Captain Marvel was trying not to blurt out, myself included. Pure joy and excitement coming out of an action-packed ride of a movie with so many twists and turns, but trying hard not to utterly ruin it for some poor sap waiting in line for the next screening. That’s kind of why I figure anyone reading this will have already seen the movie, because everyone who hasn’t had the pleasure yet will no doubt be burying their heads in the sand and staying far away from the internet to avoid spoilers. That’s what I would do, but even still here’s my SPOILER-FREE review.

Being only one of a small number of Disney tent pole movies to be released in 2019, Captain Marvel certainly has all the polish and production value one would expect from the house of mouse. But not surprisingly, this historic franchise continues its streak of quality blockbusters with a finely crafted and well thought out sci-fi adventure with a deep and complex central character.

Oscar winner Brie Larson plays fearless U.S. Air Force pilot Carol Danvers who, after a devastating crash in an experimental air craft resulting in boss super powers and less boss memory loss, is rescued by an alien race of noble warrior heroes known as The Kree. After years of military training with The Kree, Danvers’ first real mission with her mentor Yon-Rogg, (played by Jude Law) leads her to a backward and distant planet… EARTH! Once there Danvers begins to unravel the mystery of who she is, where she comes from, and what really is up with the cat named Goose. Also there are these mean shape-shifting green lizard alien men known as The Skrull that are conquering the galaxy through assimilation and want to impersonate and conquer you and everyone you’ve ever loved! And it’s 1995.

Yes, she’s a previously unseen hero in the MCU, and yes it is essentially a superhero origin story, but it manages to buck the trend of that stale sub-genre with creative story-telling and editing that puts you right in this hero’s shiny space boots. Through a great use of flashbacks and good old fashioned mystery solving, Danvers and her team find out that not everything in her mission is as it seems, which leads her to have to make some tough choices and live up to her ultimate potential.

As it stands in the Marvel Cinematic Universe, I think this one is a very good addition. It has all the great action set pieces you’d expect with plenty of laughs and comic relief, but it certainly isn’t the best MCU title, (that honor goes to Captain America: Winter Solider). Although Samuel L. Jackson’s digital de-ageing effect was excellent and made for a great new take on Nick Fury, Captain Marvel didn’t even have the best all-time Nick Fury moments, (also spoken for by Winter Soldier).

Jeffrey The Movie Nerd is a graduate of Sheridan College’s Media Arts program and is a proud citizen of Kingston Ontario. When he’s not spending his time watching too many movies and forgetting to shave his reviews can be heard every Tuesday Morning on 98.3 Fly FM at 7:50 with Reid & Ben. You can also catch him on CFRC 101.9 FM Wednesday Mornings from 8-10 and Facebook @JeffreyTheMovieNerd.