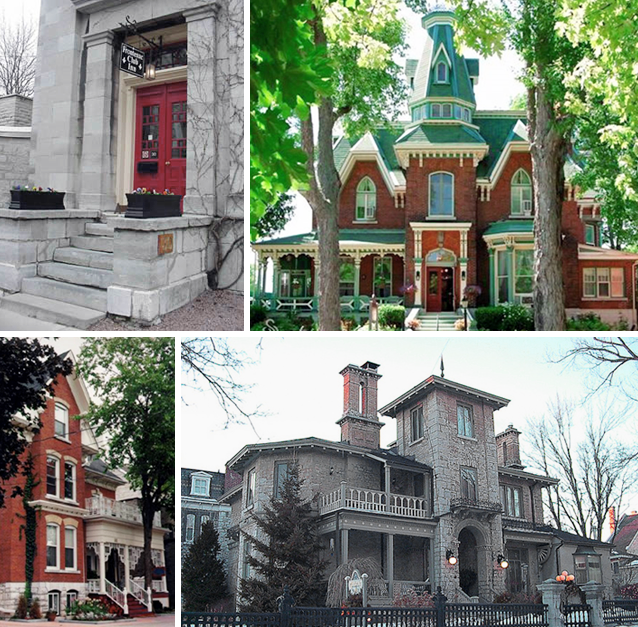 This week we’ve focused our attention on staycations as well as our top five things to see and do during the summer months. Carrying on and as a compliment to this tourism theme, today we’re featuring some of our favorite inns, and bed and breakfasts that Kingston has to offer. Admittedly this brief overview of local bed and breakfasts isn’t a fully comprehensive list, but it includes places that our friends and family have thoroughly enjoyed over the past few years. Whether you’re parents need a place to stay when in town for grad, or you’re looking to visit Kingston sometime down the road, these places will not disappoint.

Alexander Henry Bed and Breakfast, 237 Ontario Street, 613-549-6300: stay on board the 1958 Coast Guard icebreaker, the Alexander Henry, in either the Officers’ or Captain’s quarters. Here you won’t get much more than the basics of a bunk, sink and continental breakfast, although some premier rooms include ensuite toilets and showers. Price: $75 to $125 per night.

Frontenac Club Inn, 225 King Street East, 613-547-4707: this 1845 heritage limestone building has 13 spacious rooms, 11 with fireplaces and 4 with jacuzzis.  All rooms have air conditioning, Internet access, television and either a claw foot or soaker tub.  Breakfast is complimentary and it includes freshly baked bread.  My mother-in-law swears by this place. Price: $165 to $240 per night.

Green Woods Inn, 1368 Highway 15, 613-544-1922: located in a restored country home far enough away from downtown Kingston, but still within reach of the city.  The Inn has four luxurious rooms, all with ensuite bathrooms, air conditioning, and WiFi access. Their to die for breakfasts feature lots of locally grown and organic ingredients. Price: $135 to $170 per night.

Hochelaga Inn, 24 Sydenham Street, 613-549-5534: historic charm dating back to 1859. This B&B has 22 non-smoking rooms, all with private baths, WiFi, television and some with fireplaces or jacuzzis. They’ve even partnered with James Brett to offer spa and coiffure services.  24 hour access to coffee, tea & cookies. Price: $99 (breakfast not included) to $180 per night.

Hotel Belvedere, 141 King Street East, 613-548-1565: decades ago this place was described by Vogue Magazine as the only reason to stop between Toronto and Montreal. Nowadays they offer 20 unique rooms, with televisions, WiFi, daily newspapers, private baths, and some with whirlpools.  A light breakfast can be served in your room or taken in the living room next to the fireplace. Price: $110 to $250 per night.

Secret Garden Inn, 73 Sydenham Street, 613-531-9884: built in 1888, this historic downtown property has 7 elegant guest rooms, each with a private bath, television, WiFi and other luxurious amenities. The Secret Garden allows guests to book the ‘bed and no breakfast’ option and get even better rates. Price: $130 to $190 per night.