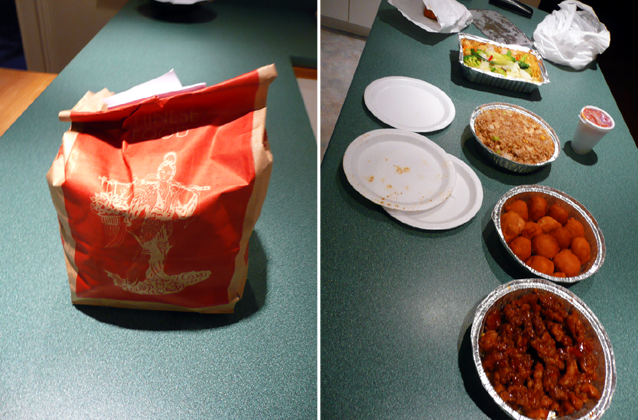 Who doesn’t love Chinese take out?  Last week Harvey and I found ourselves too tired to cook after a long day and decided to place a delivery order at VIP.  While Harvey has never actually eaten in the restaurant before, I did eat there once for a Christmas party while I was at Queen’s.  That was several years ago now but I remember the experience being a good one, which is why I continue to order from them today.  When I pick up my food though, I never see anyone dining in.  The restaurant has that typical family-run feel with a loud television in the dining room, fish tanks galore and authentic, but dated Chinese decor.   I wonder if this is why most customers seem to stick to take out.

After coming across VIP’s new website, Harvey and I placed an order for their 3 item special.  The special includes egg rolls and one order of Chicken Fried Rice along with up to 8 items you can choose from a list (price varies based on how many items you choose.  Our special (3) was $25.95). 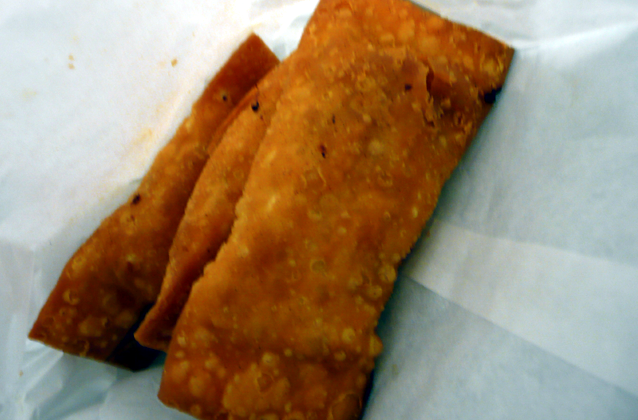 Our order arrived in good time – less time than they suggested on the phone, however an order of Wonton Soup was missing.  We called and they offered to bring it to us or credit it towards our next order, which is what I chose to do.  The eggrolls were yummy.  The roll itself was the right combination of crunchy but not too hard to eat.  The veggies and pork inside had a nice flavour and didn’t all fall out in one bite. 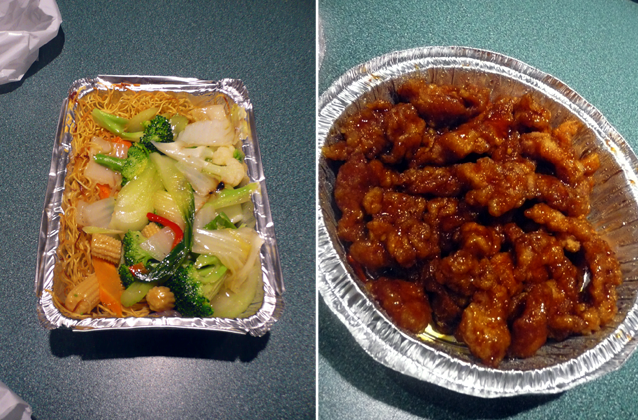 Our three items included the Mixed Vegetables with Fried Noodles ($6.95 when purchased outside of the deal), General Tao’s Chicken ($7.95 on its own) and, of course, an order of Sweet and Sour Chicken Balls ($7.95 on their own).

The Fried Noodles came with a generous portion of both noodles and veggies.  I love how the noodles are crunchy on top and soften as you dig down and get more sauce.  I’ve had stir fried noodles a lot (love ’em!) and I think it’s safe to say that VIP would be in my top 5.

The General Tao’s is Harvey’s fave and he always asks them to make it extra spicy.  I’ve always been indifferent to this dish as I’ve found it to be too sweet for my liking, however, with the extra spice and the nice crunch you get from VIP’s version, I usually help myself to a few pieces.

Chicken Balls are my least favourite Chinese dish – I just don’t like the idea of chicken coming in balls…seems unnatural to me.  However, I did try one ball and I have to say, it was pretty tasty.  VIP could probably save a few pennies by reducing how much sweet and sour sauce they send along though.  Ours came with about a full cup’s worth of sauce and we probably used about 4 tablespoons of it.  The number of soy sauce and plum sauce packets was just right though and the fortune cookies tasted fresh and had a slight flexibility to them that made me feel confident that they hadn’t been sitting around for years. 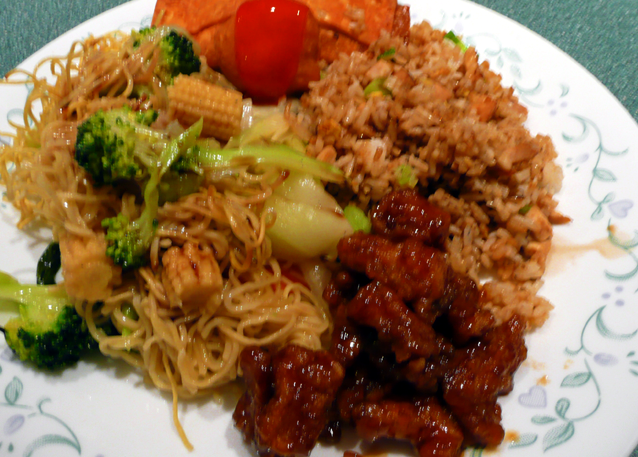 Our grand total for this meal was around $35 plus tip for delivery.  Considering we got two leftover meals out of the deal, I’m pretty happy with that price.  I’ll definitely order from them again and I’m really looking forward to my Wonton Soup next time!

One thought on “VIP”