The owners of Bread & Butter Bakery had long dreamt of a café to compliment their core business, which was doing so well that they frequently found themselves running out of space. And so, when their next door neighbour (McGinnis Landing) closed up shop once and for all, the well-established west-end bakery rolled out their latest delicacy in the form of a fresh new breakfast and lunch café. As a result of the bakery’s popularity and reputation, Toast & Jam was very well received when it first opened last December. In the months since, they’ve become a darling on Kingston’s brunch scene, and they continue to pack the house with satisfied customers.

Those who were familiar with McGinnis Landing will instantly recognize that the huge space has undergone a total transformation. The compartmentalized dining, bar and kitchen spaces have been peeled back to create an open-concept space that glows in natural sunlight beaming in from the extra large windows. Elements including exposed brick, natural wood, mismatched chairs, trendy community tables and a fireplace combine to create a very cozy atmosphere, which invites guests to linger. The relationship between the bakery and café is further reinforced by the substantial section of wall that has been removed to ensure customers can meander back and forth between these establishments. 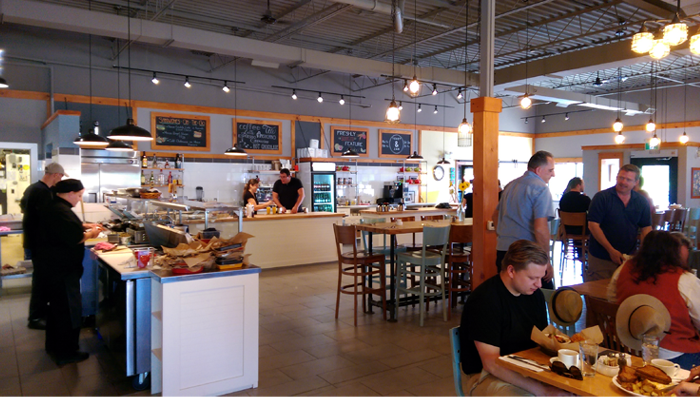 Toast & Jam’s menu is pleasantly straight forward, with 10 main breakfast and brunch offerings, as well as a dozen or so lunch-type items. On the breakfast side you’ll find familiar dishes including bacon and eggs, porridge, granola, and of course, toast and jam; all well under $15. Breakfast sides are equally as affordable, while they range from baked beans ($2) to sticky buns ($2.95) and roasted mushrooms ($2). Not surprisingly, the lunch menu is also priced to please while the focus leans towards typical café fare such as sandwiches, pizza, soup and salads. I like that they aren’t trying to do way too much, as the menu’s focus, variety and price all seem to be on point. 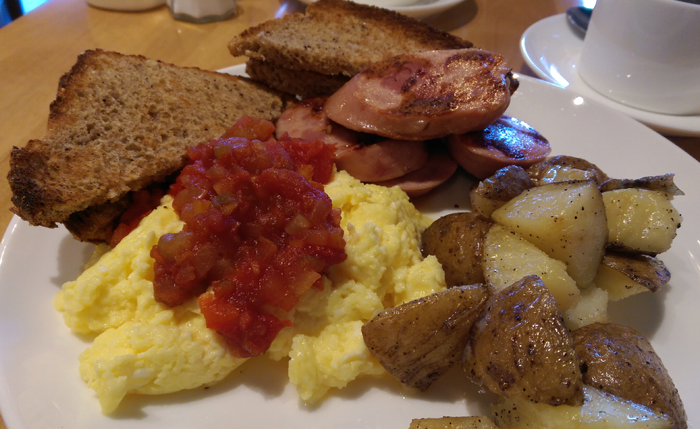 In spite of the compact size of the breakfast menu, I found myself wavering between two or three mouth watering options. I concluded that the easiest solution was to settle on one and start planning a return visit. I opted for a signature dish called Breakfast at Aunt Sophie’s, which consists of 3 eggs scrambled with cheddar cheese, fried kielbasa, potatoes, sweet chili sauce, and of course, toast ($13.95). The generous portion was well received as I’d earned it thanks to an early morning run. For me, the potatoes were the surprise star, as they were perfectly seasoned and glistening with just the right amount of oil. I carefully rationed them, pairing these golden bites with egg, sausage, and both. Admittedly, the sweet chili sauce was a pleasant flavour, but I would pass on it in the future as I tend to prefer savory condiments alongside scrambled eggs.  In spite of this, Breakfast at Aunt Sophie’s is easily something I would order again and again. 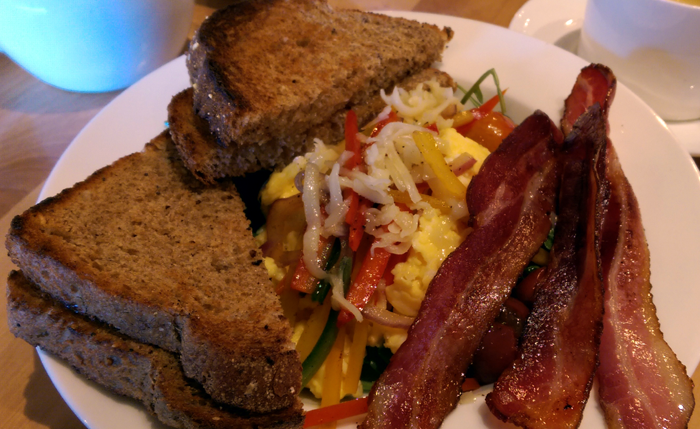 Next up was my dining companion’s Scrambowl, which combines eggs, goats cheese, arugula, onions, peppers, and roasted tomatoes with a bit of toast on the side ($11.95). Those with a keen eye will likely spot the cheddar cheese substitution, as it turns out not everyone enjoys goat cheese. You may also note the addition of bacon, because… one does not need to justify adding bacon. This was a slightly healthier dish than what I had ordered, thanks to the earthy greens and sweet tasting roasted veg.  Again, it was just the right amount of food, and it was bursting with natural flavours and home cooked goodness.  Another easy recommendation. 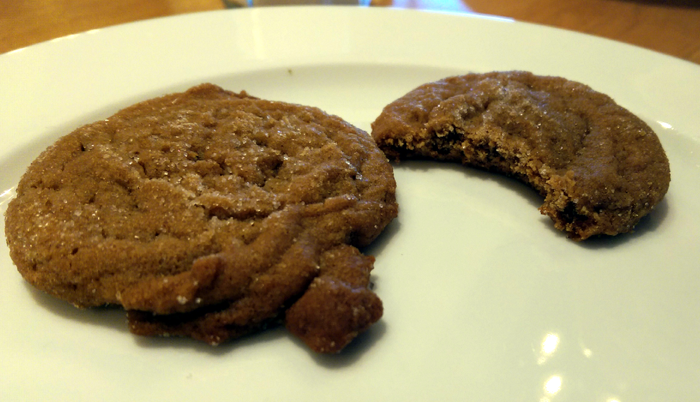 As we were taking stock of the place and making our move to pay the bill, I was struck by the number of little things that we had initially overlooked.  Aside from the fact that Toast & Jam is serving bread baked right next door, their dishes incorporate key ingredients from other local producers including the Limestone Organic Creamery, Stone City Ales and the Wilton Cheese Factory.  Furthermore, the walls within the space are adorned with colourful artwork (for sale) created by talented local artists.  With molasses cookies accompanying our bill, this very lovely meal was brought to a delicious end.  The only downside was that we had to pass by freshly baked treats including croissant and pain au chocolat on the way out.  Next time, we will try to leave a little bit of room.

Toast & Jam may have been a long time in the making, but it goes to show that good things come to those who wait.  From all other accounts, the café seems to be a no-brainer and it is the perfect compliment to the popular bakery next door.  After only six months of being open, it’s clear that Toast & Jam will around for quite some time.