I’ve been working with a great group of students over the last two weeks. They already know what they are doing next year but despite this, they are still working hard on my service! We started a discussion about places to eat in Kingston and M, one of the students, highly recommended Niji for their Gamjatang (pork bone soup). She said it was even better than Arisu (which I hold in high regard, see my review here.)

So J, D, and myself checked it out this last Tuesday. 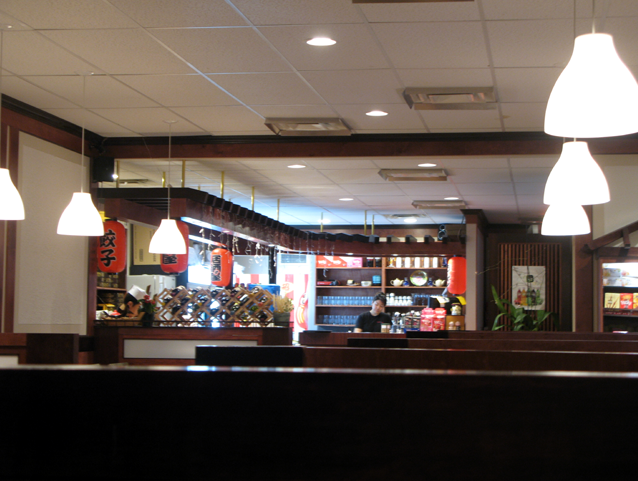 As you can see, the owners of Niji have spent a lot of money improving the interior. Lots of booths, lots of space, lots of wood, and overall, really well done. A nice looking place. Unfortunately, the day we went, it was a little empty. I anticipate it will be busier in the coming months due to its excellent location in the heart of the Hub. I can’t exactly recall what used to be where Niji is now located…. and unfortunately the server didn’t know either. Obviously it was forgettable. 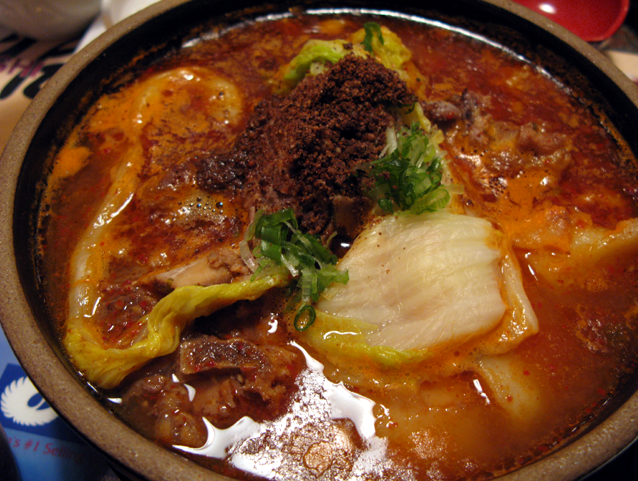 This is the Gamjatang (pork bone soup with potatoes and vegetables, rice) for $10.95 that M recommended. I was off put with the bone marrow that was sprinkled on top. It was really gritty. The soup was pretty oily as you can see in the reflection. The portion was huge! 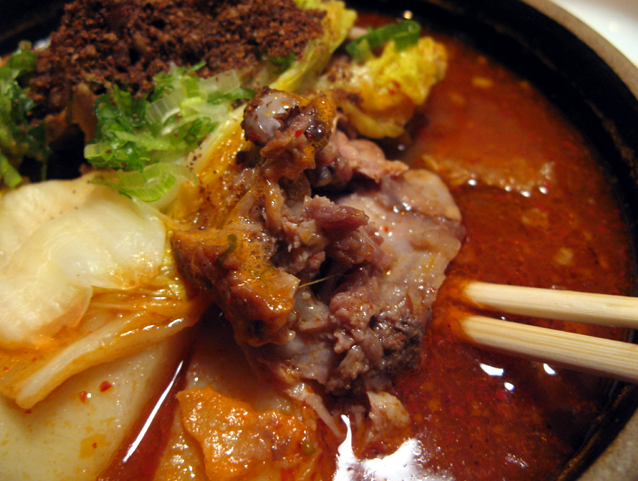 I didn’t love how fatty the pork was (as you can see) and how bony the soup was. It made for some difficult eating! However, the broth was wonderfully rich and savoury. I like my broth a little spicier but the fullness of flavour was quite nice. 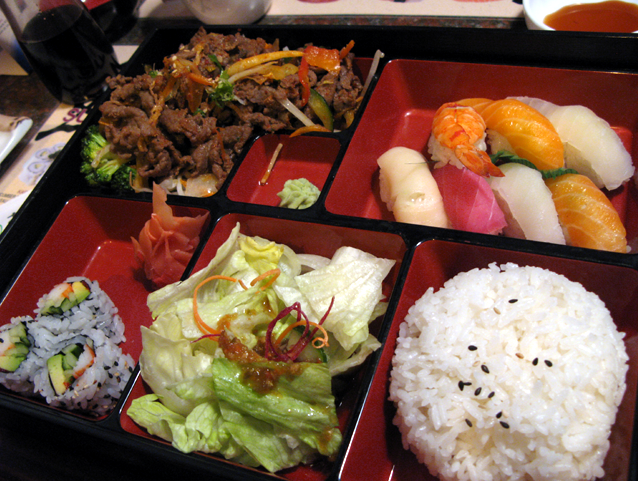 This was the Sushi and Bulgogi Bento Box (7 pieces of nigiri, 3 pieces of California roll and bulgogi) for $16.95. We got quite a bit of food with this bento box but unfortunately, the quality wasn’t great. The California roll was pretty loosely packed with minimal fake crab in each piece. Only 3 pieces??? Not 6? Or 4? The bulgogi was surprisingly tough and sliced somewhat thickly making it quite chewy. The flavours were decent with some sweetness and tartness. We asked to have it spicy and unfortunately it was pretty tame. 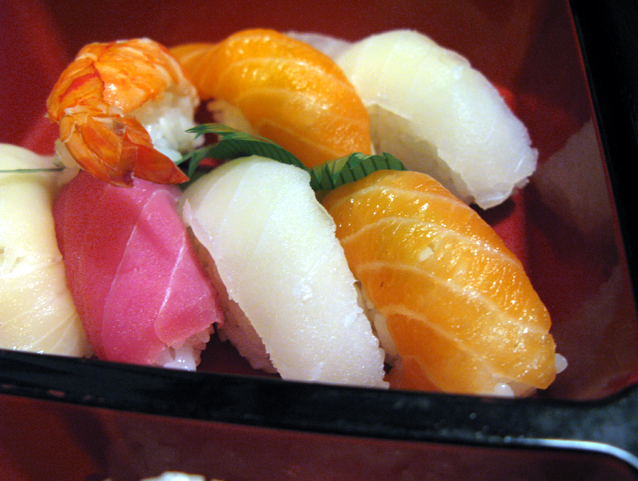 This sushi really put me off. You can see how skilled the sushi chef is. Look how thinly he sliced the salmon! You can see right through it to the white rice underneath. This sushi wouldn’t be acceptable in an all-you-can-eat place. 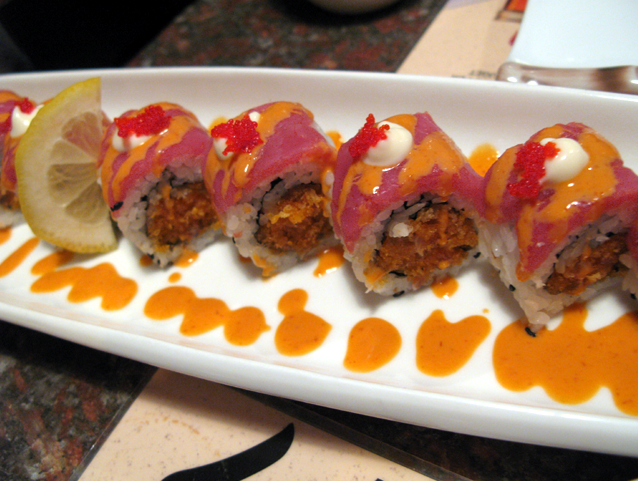 This was the Tuna Lover (spicy tuna with tuna on top) for $12.95. Nicely decorated and nicely rolled (better than the sad California roll above). Lots and lots and LOTS of tempura bits in the roll to the point where I doubted that there was any tuna in the middle. The tuna on the outside was reasonable.

Overall, I was pretty disappointed in Niji. The nigiri had the most thinly sliced fish I have ever seen but really demonstrated some pretty awesome knife skills. Unfortunately, as per Spider Man’s Uncle Ben would say, “With great power comes great responsibility”. The gamjatang was really rich and savoury but not quite as good as Arisu’s in my opinion. It is the 2nd best in Kingston (beating out Take and the old Asha). If I go back to Niji, I will try more of their soups and skip the sushi all together.