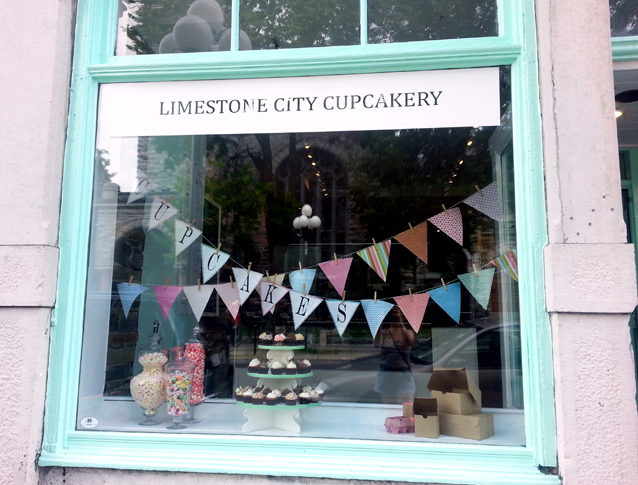 After cycling by Limestone City Cupcakery nearly every day this summer, I decided to finally drop in and give them a try. The new storefront at 326 Princess Street is colourful and dainty and everything a cupcake shop should be. They painted the outer trim turquoise, and a castle of cupcakes greets you in the window. The handmade bunting in the window that says “CUPCAKES” makes you feel like this little shop is straight out of a cool DIY design blog.

After perhaps too much deliberation, I decided on the Toffee cupcake. It was a solid cupcake. The body is a very moist brown sugar cake with a delicious caramel buttercream icing that was not too dense but not grocery-store-fluffy either. It had a caramel drizzle and some crunchy toffee bits to top it off. Would eat again. 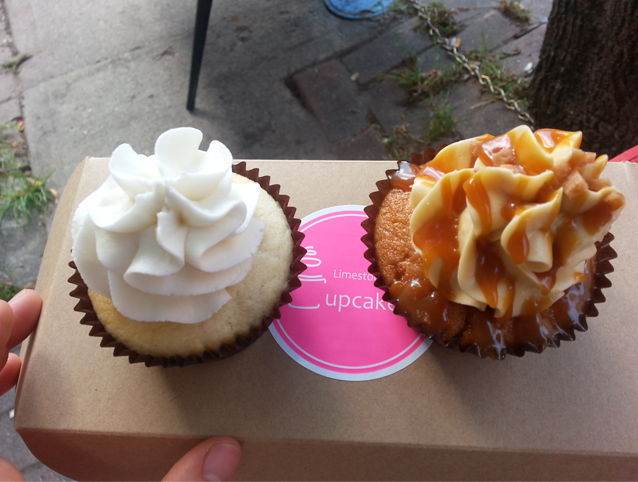 I also ordered the vegan banana because I am always curious if the vegan/gluten free versions of traditional baked goods truly measure up. The cake itself had a great texture but was a little mild in terms of flavour. It could have used some more banana. The icing was also pretty good, it was different texture than the toffee and quite a bit sweeter. I think if I was blindfolded and told to identify the difference between the vegan and conventional, I would have a hard time differentiating. Either way, the toffee cupcake was the winner of the day.

At $3 for a regular sized cupcake, you are certainly getting your money’s worth. These cuppers pack a punch – I could barely finish one (let alone two) and I felt my dessert craving was more than satisfied. They also sell large cupcakes for $6 apiece, or little guys for $1.50. 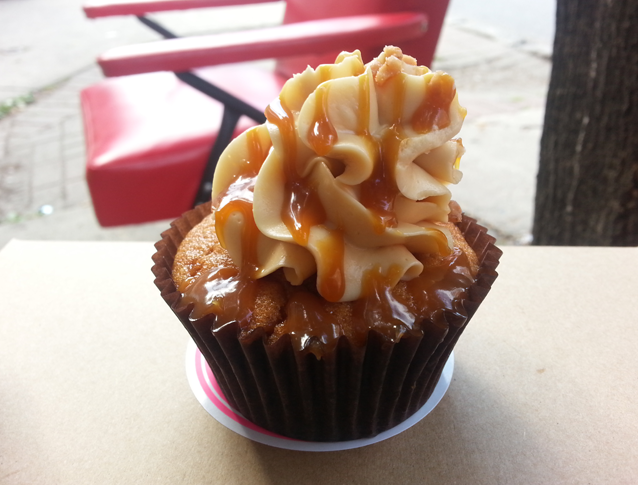 According to their website, they make custom designed cupcakes that are pretty impressive looking. You can also get freshly squeezed orange and grapefruit juice at the store. They change many of their flavours daily and have some pretty exciting and unusual options. When I went, there was Key Lime, Black Forest with a big dollop of jam on top, and Neapolitan available. I’m curious to try some of the other day’s specials, like Peanut Butter Cup, Lavender and Green Tea. I guess that means I’ll be back for more.