I wouldn’t say my current neighbourhood, the Portsmouth Village/St. Lawrence area, is where you would expect a local foodie to reside. Sure, you can get great sushi and Japanese fare at Jina’s, but with chains like Subway and Tim Horton’s as the only other choices, I wouldn’t exactly call it a culinary Mecca when compared with other Kingston areas teeming with restaurants…perhaps this is a good thing for my wallet! So a few months ago, when I saw that a new Asian restaurant, Kai’s Delight, was opening in the former location of Stuff’d Urban Eats on King St., I was keen to try it.

Kai’s website says that it specialises in authentic Chinese cuisine. However, I found their menu to be similar to other Canadian-pan-Asian restaurants I’ve been to. The menu is very large with over 180 dishes available from Chinese favourites such as fried rice and sweet and sour pork to a selection of curries, Szechuan dishes and “Canadian Food” (although I don’t know anyone who actually orders burgers and fries at a Pan-Asian restaurant). After work on the Tuesday after the May long-weekend, I called and ordered the “dinner for three” for pick up, which includes three egg rolls, chicken fried rice, almond beef ding, chicken chop suey and sweet and sour chicken balls for 27.95 (minus 10% off on pick up orders). My food was ready within 15 minutes of ordering and the service was especially friendly.

Upon returning home, we piled our plates with a few spoonfuls of each dish and an eggroll. The eggrolls were filled with what tasted like a blend of carrot, cabbage, bits of chicken and spices. These did not wow me and tasted similar to frozen eggrolls I have prepared at home. I much prefer the homemade rolls you can find at Cambodian and Thai places in Kingston. I wouldn’t opt for eggrolls next time.

I also found the chicken fried rice a bit lackluster. While the flavour was alright (not too salty), there were only a few bits of chicken and egg and only a few pieces of green onion throughout the entire dish— it was almost entirely rice and soya sauce. The dish also contained large clumps of rice stuck together, which made me question its freshness. 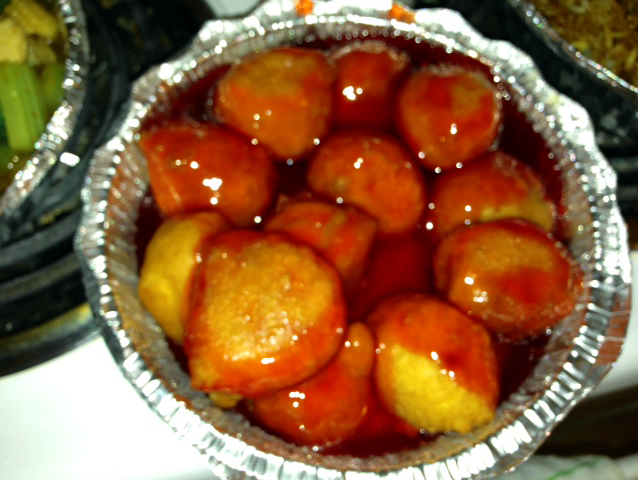 However, I think the biggest disappointment of the meal for me was the chicken balls. I was disappointed when I opened the contained to see that the chicken balls were already in the sweet and sour sauce, rather than it being packed on the side. This meant that by the time we got home, the balls were no longer crispy, but a tad mushy in texture and not conducive for leftovers. I found myself removing the soggy batter and eating the pieces of chicken breast alone. Make sure you specify your preference when ordering. On a positive note, the chicken pieces were of a decent size. 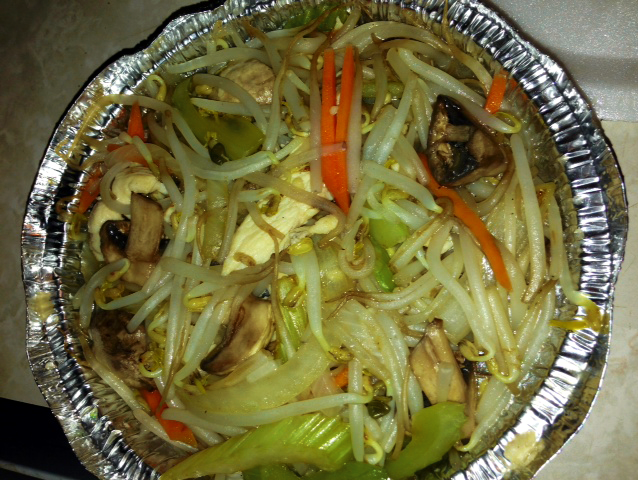 Two dishes from Kai’s that I enjoyed were the chicken chop suey and the almond beef ding. Chop suey is a simple dish but light and fresh tasting, consisting mostly of vegetables like bean sprouts and celery. If it is cooked too long, the vegetables become limp and mushy, but Kai’s was still crunchy and tasty. 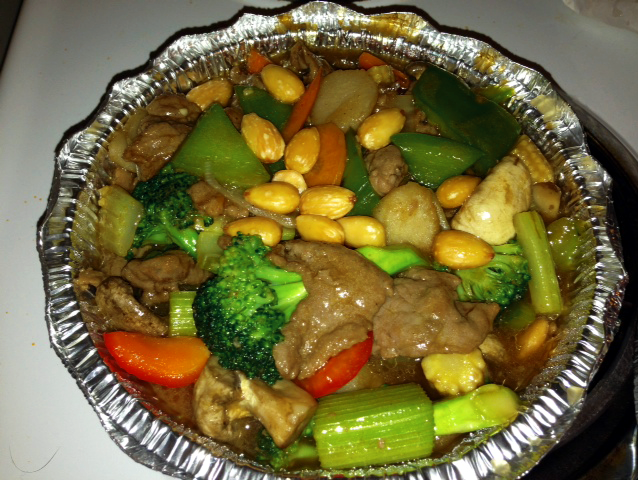 The almond beef ding contained an impressive array of vegetables, including red and green pepper, carrot, onion, mushroom, water chestnuts, celery, broccoli, and baby corn, all in a slightly-sweet garlic sauce and topped with tender beef and blanched almonds. Without a doubt, this was the best dish we ordered.

Overall the experience was quite mixed as we enjoyed a few of the dishes, but the others were not at all memorable. Perhaps, it was not a good idea to go on the day after the long weekend. However, I was impressed with the quick and friendly service, and I would be willing to give it another try because I am happy to support a local business, especially one in my own neighbourhood. Next time, I would order from the Chef`s specialities section or ask what they recommend.