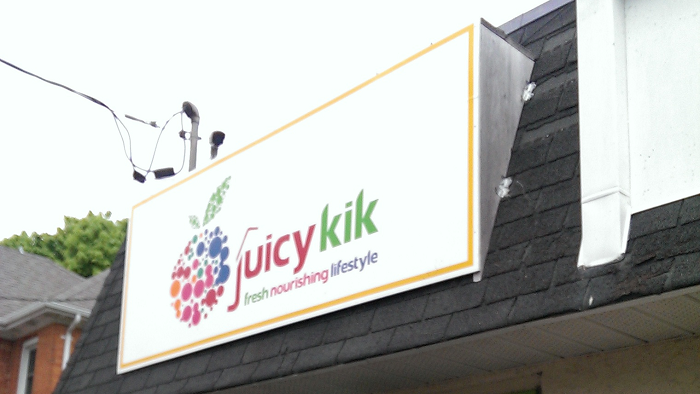 There’s a healthy little unassuming secret tucked away in a variety store on King Street, near Portsmouth Ave. While Juicy Kik (753 King St. W.) has a special place in the hearts of those in the know, there are many of us who don’t always think of that area of the city as a place to stop for a bite. Well now you do, and you should.

I first heard about Juicy Kik from a friend who was happily sipping a juice he had just purchased there. He told me it was one of ygk’s best kept secrets, so obviously I had to check it out myself. On my first visit to Juicy Kik, I got myself a Detoxifier juice (pineapple, parsley, spinach, kale, lime, apple, cucumber, $5.99) as a snack and was on my way. I was intrigued by the other menu items though and made my way back there not too long after that. On my second visit I went with an empty stomach. I arrived to find another customer waiting for service but no one was behind the counter. She assured me they’d be right back (through later interactions between her and the owners, I quickly realized that she was a regular). When the owners returned 5 minutes later, she insisted I go ahead of her as she wasn’t in a rush. She clearly liked the company. 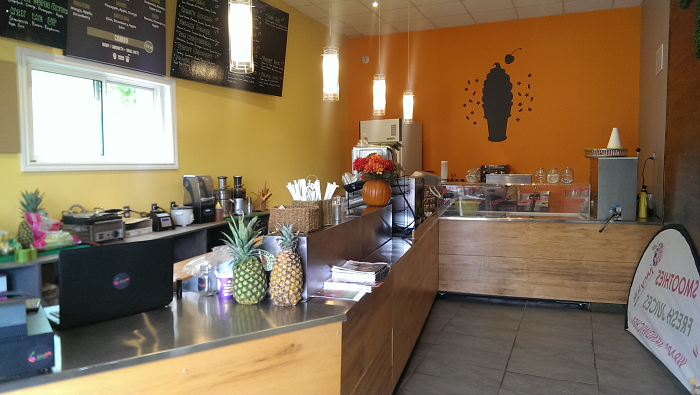 I had a hard time choosing what to get only because there were many items on the menu that appealed to me. From smoothies and juices, to salads, rice bowls and wraps, both vegetarian and not, there are a lot of fresh, healthy options to choose from. 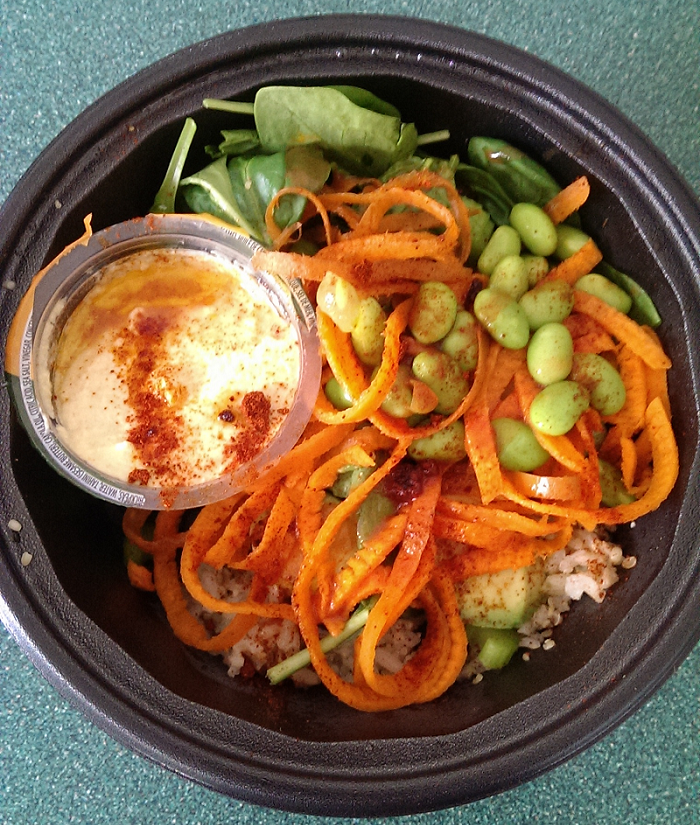 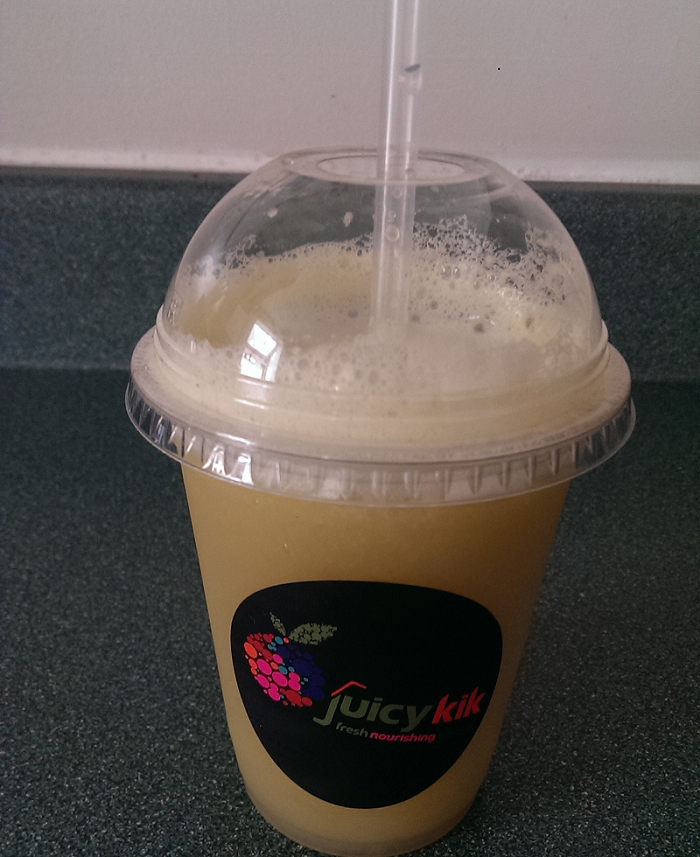 I also chose a juice from the extensive juice menu but was advised that I would save money if I picked a juice that comes as part of a combo with the bowl. I opted for the NY juice which combines celery, lemon and apple ($4.99) The combo totaled $10.99.

Prep of my take out lunch (which is the only option and suited me fine) took about 8 minutes. So, while it’s not fast food, it’s not particularly slow either and when it comes to healthy, fresh made options, a little bit of waiting is to be expected. With only two people behind the counter, I do wonder what it’s like when it’s busy. As I waited, 2 more customers arrived and again gave off the vibe that they’ve been there a few times before. The owners were chatty and friendly as they worked so, even though I had yet to taste their wares, I could see why people like to go there.

I paid when my food was ready and was thanked for my business. When I got home I was a little surprised to see hummus in my bowl, which was not listed on the menu. Luckily, I liked it and am fortunate to not have any food allergies. If this is a concern for you, it would be a good idea to confirm what will be in your bowl – although I would assume most people with serious allergies or aversions would do that anyway.

The Buddha Bowl was yummy and satisfying. The hummus was prepackaged, but a very tasty one. The celery pieces looked a tad dry – possibly from being cut hours earlier – but still had a crunch to them that made up for their appearance. The juice was very tasty and one I would recommend to anyone who likes apple juice with a bit if a kick.

Overall, I think there is room for improvement in a few small areas such as clarifying ingredients (maybe it’s simply a matter of updating the menu board?) and finding ways to keep service speedy during an influx of customers but I will definitely be back. The options are right up my alley and the friendly service alone makes me want to return. 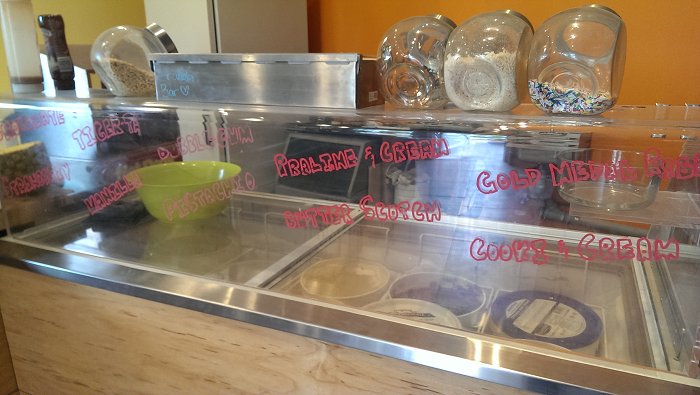 Oh, and if you’re thinking of stopping in for a juice or smoothie with that friend who isn’t as keen on fruit and veggies, they serve ice cream too!