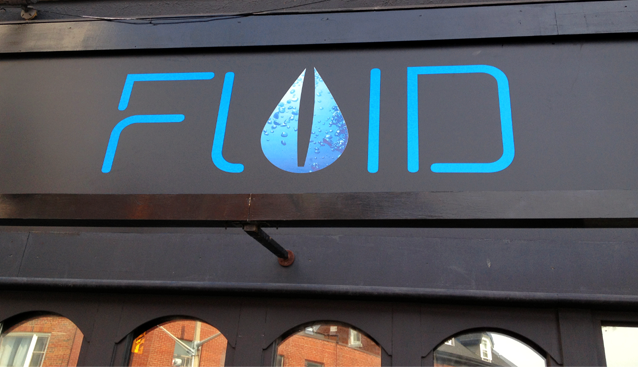 It’s that time again Kingston – another hopeful business is moving into the former unlucky intersection of two of the busiest streets in the heart of the Hub.

Coming this Friday, May 25th, 424 Princess Street is opening its doors again, this time as Fluid Night Club, in hopes of breaking into the Hub scene as a new hotspot.

It has yet to be determined why this 5,000-square-foot entertainment emporium has had such bad luck since the closure of Lino’s Restaurant and Tavern. It’s common knowledge in Kingston that businesses have not lasted long in its place, but there has yet to be a distinct reason behind each closure at this address. In 2008, Kingstonist wrote about the area’s new and popular venues.  Not much has changed since, with only the Elysium Nightclub (before our latest addition Fluid) attempting success at 424 Princess St. Unfortunately, Elysium didn’t make the cut and closed down.

Could it be the location? Is it perhaps just one reach away from where downtown visitors are willing to go? It’s true, the other side of Division is almost like the dark side for tourism. The vibe is rather different from the historic community along the waterfront and around downtown Kingston.  To some extent, it’s possible that 424 Princess St. has simply been an undesirable destination for downtown regulars.

After discussing the newest addition to the Hub with some pals, we tried to pinpoint the reason why former businesses at this address have closed their doors to patrons more times in the last decade than any other address in the hub. I must admit, I was shocked at some of the reasons we rounded up – the quietly whispered “potential stabbing location” definitely threw me for a loop.

After much research, I couldn’t find any documented facts that there had in fact been stabbings in the vicinity of 424 Princess St., even though my friends swear that’s what happened just prior to Legendz shutting down once and for all. Another popular suggestion was the presence of underagers at the night club. I must admit – I’d never stepped foot inside 424 Princess Street, so I have not experienced firsthand what the clientele was like in either Elysium or Legendz.  Nevertheless, I have also come across gossip that both may have been popular destinations for underage customers who could enter without proper ID. Social media also pointed the finger at less than strict rules regarding under age patrons as a reason for their closings as liquor licenses were questioned.

So perhaps the poor reputations of past businesses at this address have led to a downfall for future businesses hoping to set up shop here. Perhaps Elysium never had a chance.

The difficult transition  from restaurant to nightclub may have also had an effect on the success of both Legendz and Elysium.  Before Legendz, Gusto’s Italian Eatery served up hearty dishes but was unable to make a mark on upper Princess St.   It closed down quickly, subsequently ending the restaurant-focus of this address. Arguably, Ktown folk may have only seen it as a restaurant location – or a failed location.

As for Lino’s, which I’m perchance fortunately too young to remember since the reviews didn’t leave much greatness to the imagination, the restaurant also fell short of bringing in a constant crowd that would keep it in business. Even so, Lino’s lasted longer than any successor and it could be argued it’s been the only hit 424 Princess St. has seen so far.

Time will tell what Fluid will add to the Hub. It appears that Fluid is not the only nightclub getting comfortable on the Princess strip this Spring. Only a stone’s throw away from the Hub, Room Nine (formerly My Bar, and Brooklyn) opened and looked to have promising crowds for a Saturday night.

Good Luck to Fluid in surviving where others have not at this intersection.