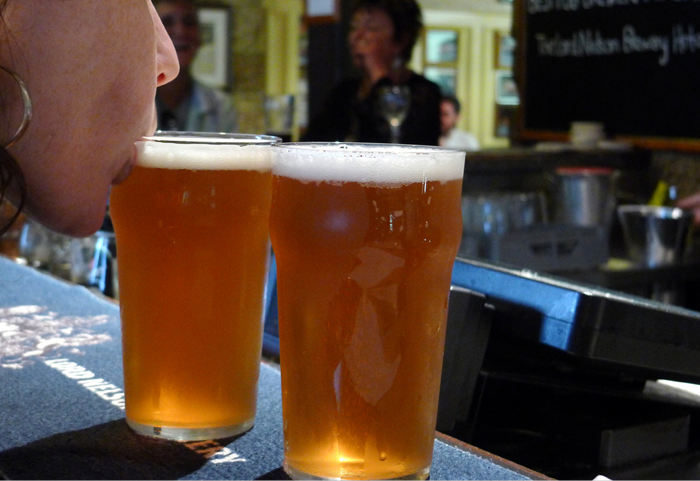 In recent years we’ve been increasingly obsessed with celebrating the best microbrewery in Kingston and the surrounding region.  Since 1986,  the Kingston Brewing Company was the only producer within the city limits, but that all changed in the Summer of 2014 when Stone City Ales hopped on the scene with their downtown bottle shop and open concept tap room.  2014 was also big year over in neighbouring Bath, which saw the MacKinnon Brothers Brewing Company breathe new life into a century-old farm operation.  Further on down the road, over in Prince Edward County, Barley Days Brewery has been pouring out tasty varieties since they opened up shop back in 2007.  In the opposite direction, a few stops down the 401, the Gananoque Brewing Company has earned an equally impressive reputation since 2011.  With these options and more vying to quench your thirst, this week’s poll asks:

The best microbrewery in the Kingston region is:

While this list of microbreweries is seemingly small, these producers are cranking out upwards of 50 varieties of beer per year, which makes picking your favourite all the more challenging; Stone City Ales alone serves up well over a dozen core and seasonal varieties.  Luckily, sampling these extra-delicious flavours in Kingston is a cinch with the likes of the Red House, Brooklyn, Le Chien Noir, Pan Chancho and more, including at least one local microbrewery as their feature tap.  Of course, that’s also where the competition to become the best microbrewery in Kingston gets complicated, as many gastropubs and restaurants tempt us with other varieties from the Ottawa Valley, GTA and beyond.  Just where do we draw the line regarding what constitutes a “truly local beer” in Kingston?  I contend that a 100 km radius is fair, and as evidenced by the number of microbreweries in this week’s poll, we’re far from being under-served in terms of options within this catchment area.

What’s your pick for the best microbrewery in Kingston and the surrounding region?  Are there any other microbreweries that could possibly fall into the 100km radius that we should include in the conversation?  More importantly, aside from your fave local microbrewery, what variety reigns supreme?

9 thoughts on “Best Microbrewery in Kingston”