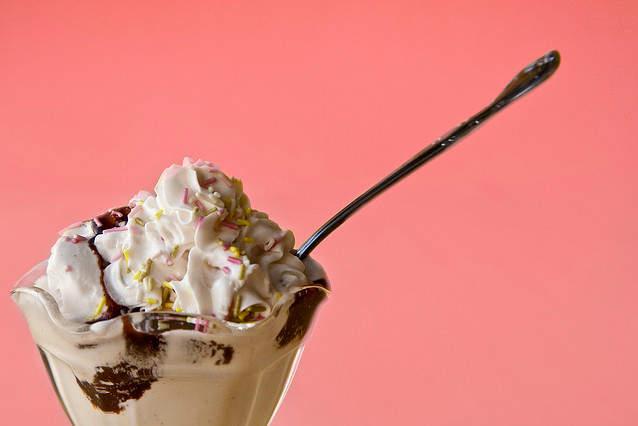 Labour Day is finally here, which means that another summer has officially come and gone. Those long days requiring refuge in sub-zero air conditioning, a refreshing dip in the lake and enjoying frozen treats to beat the heat will soon be behind us. On the other hand, it’s not as though ice cream, frozen yogurt (froyo) and gelato ever go out of season. And what a season it has been for enthusiasts of frozen, sugary treats in Kingston. Our downtown has welcomed a handful of new temptations including Menchie’s, Marble Slab, and Cold Stone Creamery, while longstanding favourites such as White Mountain and Mio Gelato continue to draw the hungry masses. With all the variety the Limestone City has to offer, this week’s poll question asks:

Who serves the best frozen dessert/treat in Kingston?

Save for White Mountain, who traditionally closes their doors during the off season, all of the parlours competing in this week’s poll remain open during winter months. This is great news for those who simply cannot get enough, and can’t go without their sugar fix when the snow banks begin to pile high over our heads. Judging from the healthy lineups we’ve seen inside all of these establishments over the past few months, it’s really hard to determine who the definitive winner is. While Menchie’s grand opening has yet to lose any steam, White Mountain continues to enjoy line ups the extend out their door, and friends of Movies in the Square remain faithful to Mia Gelato and Marble Slab.  With Tim Horton’s diving scoop-first in the ice cream game, do our wallets and stomachs have room for any new competitors?

What makes one scoop better than the others? Are low-fat options, wild and experimental flavours, the ability to customize your treat or traditional flavors (ie chocolate and vanilla) the best way to determine a winner? Whatever the case may be, one thing is for certain, Kingstonians love delicious frozen treats.  What’s your favorite?

Thanks to mackenziephoto for today’s delicious shot.

8 thoughts on “Best Ice Cream, Froyo and Gelato in Kingston”