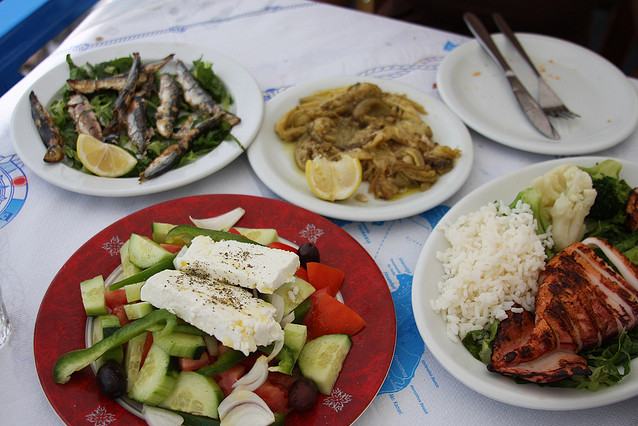 It will prove to be a battle of Olympic proportion: choosing Kingston’s best Greek cuisine. Kingston has been blessed by the gods with multiple locations across the city where one can enjoy Greek delicacies from tzatziki-laden souvlaki and kebabs, to lamb shank, roasted potatoes, moussaka, and dolmathakia …not to mention the honey and nut infused desserts! Greek food is rich in its simplicity — (for example, marinades featuring fresh lemon, oregano and olive oil) often not containing many obscure ingredients. However, when done right, good Greek food is enough to satisfy even the mightiest foodie’s palate.

The best Greek restaurant in Kingston is:

If you’re like me, it’s a Herculean effort to pinpoint a favourite place. My favourite moussaka is from one location, my favorite lemon roasted potatoes at a second, and my favourite grilled meats, salad, and tzatzaki at yet another. Some of these places are primarily dine-in and others cater mostly to take-out customers. I’ve chosen to include both of these types of establishments, since their menus boast many of the same dishes (with enough food to feed Cerebus!) and similar price points.

While there may be labyrinthine possibilities, someone must rise to glory. It will not be up to the gods, but you, the foodies of Kingston, to pick a winner.

Thanks to Marvin O for today’s photo.