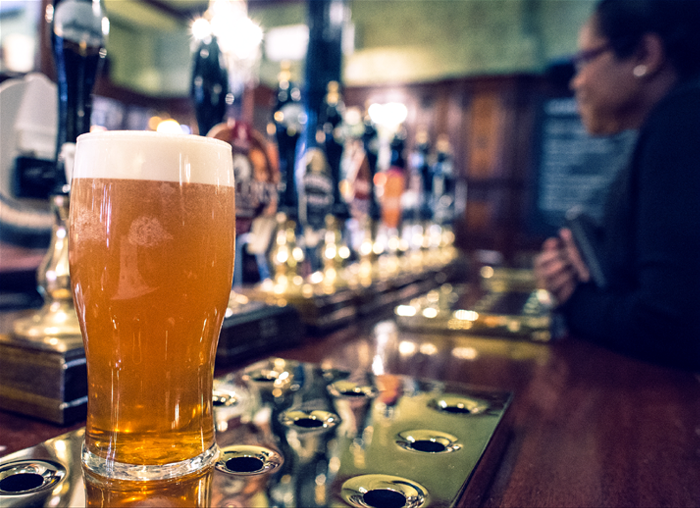 Kingston has an ample supply of bars, pubs, micro-breweries and even restaurants where one can go when they need to satisfy that insatiable thirst for beer.  The city has a wide array of well-established watering holes and new additions, which pour the finest draft and craft beer one could ever dream of.  From the plentiful, rotating taps of craft beer at The Brooklyn to the continuous experimentation going on at Stone City Ales and the golden goodness poured by steady hands at The Duke, the options are endless when it comes to seeking out the best beer bar in Kingston.

If you have a soft spot for suds, you likely have your opinion when it comes to the best place in Kingston to sip a pint on a cold winter’s eve or sweltering summer’s day.  While overall selection of what’s on tap is arguably the most important factor to consider, our opinion regarding the best beer bar in Kingston is understandably influenced by atmosphere, trendiness, location, friendly service, the clientele, as well as menus overrunning with locally sourced treats.  Accordingly, this week’s poll seeks to determine:

The best beer bar in Kingston is:

If you’re anything like me, your opinion about the best beer bar in Kingston changes with the seasons.  During the winter, I prefer enjoying pints of creamy stout upstairs at Sir John’s Public House or tucked into one of the cozy booths at the Red House.  When warmer days arrive (and trust me they are coming soon), I opt for hoppier IPAs and crisp pilsners on patios with the best views of Kingston, most ample shade or food trucks parked nearby.

Locally produced options are becoming increasingly popular, and thus they are sure to influence your opinion regarding the best beer bar in Kingston.  The Kingston Brewing Company is arguably the most well known thanks to their beer, pub grub and the ownership’s generosity in the community, but did you know that this micro-brew manufacturer is the province’s oldest brew pub?  Of course, the city recently birthed a new brewery, tap room and bottle shop in the form of Stone City Ales, whose beer has already made its way into various local restaurants.

Whether you fancy yourself as a craft beer enthusiast or a straight up beer drinker, in your opinion, where is the best beer bar in Kingston and why?