A piece of Germany in the heart of downtown Kingston, Amadeus Cafe & Schnitzel Haus is family owned and operated. Since 1992, it has been serving up the region’s only German and Eastern European cuisine. The large menu features a variety of schnitzels and sausages, but the highlight is definitely the large selection of German beers on tap. Amadeus also houses a popular “biergarden,” tucked behind the restaurant, away from the busyness of Princess St.

A few weeks ago, Amadeus hosted its annual Oktoberfest celebration in honour the world’s largest fair. Oktoberfest is a 16-day festival of beer and traditional German food held each year (since 1810) from late-September until early-Oct in Munich, Bavaria and Germany.

I’ve been to Amadeus twice since I’ve been in Kingston and neither time was the experience very memorable. However, it’s been a few years, so I was happy to give it another try, seizing the opportunity to attend one of their Oktoberfest dinners (October 12 and 13). Arriving around 6:00p.m. on the Friday evening, I was glad we made reservations, as the place was packed when we arrived and people were being turned away at the door.

For the festivities, Amadeus went all out— adorning the tables and walls with Bavarian flags and even hiring an accordion player who serenaded us with polkas and other European favourites. It was a very festive atmosphere and everyone seemed to be in great spirits. In terms of an event menu, there were three “Oktoberfest dinner specials” and an Oktoberfest Lager brought in from Munich for the event.

I decided to give the Oktoberfest Lager ($6. 75 for 20 ounces) a try. It was light and crisp, even a bit sweet. I am not a huge beer drinker (I much prefer cider), so this was the perfect choice for me. Curtis got a German dark wheat beer ($6.75 for 20 ounces), which he found complex and satisfying, the perfect complement for traditional German fare. 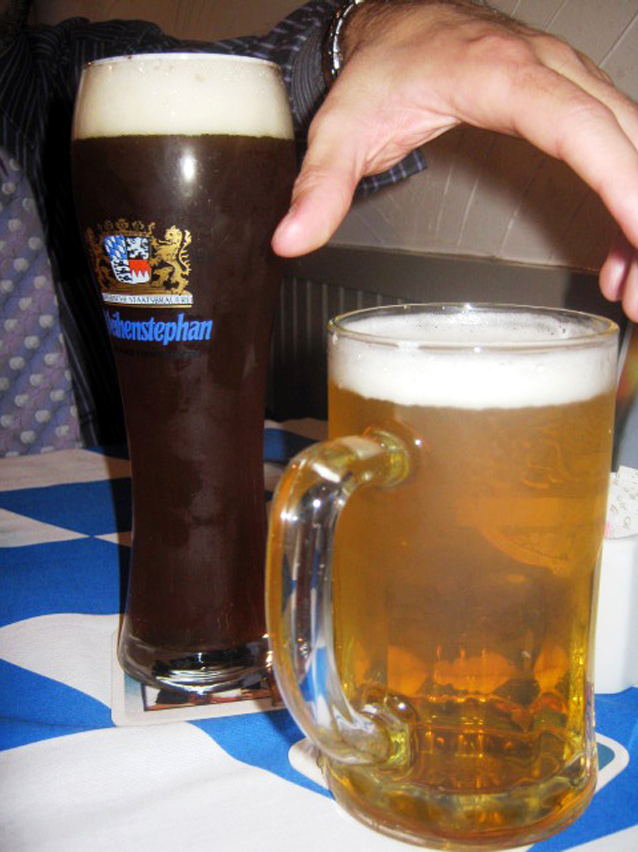 Our mains came with the choice of soup or salad. Upon hearing that the soup is made from scratch each day, we decided to try the potato bacon. The soup had a good amount of chopped potato, carrot and celery throughout, and while my bowl didn’t have many pieces of bacon, the flavour was present. I didn’t love this soup— — it tasted like there was a bit too much flour used to thicken the broth, and overall, I found it a bit bland. 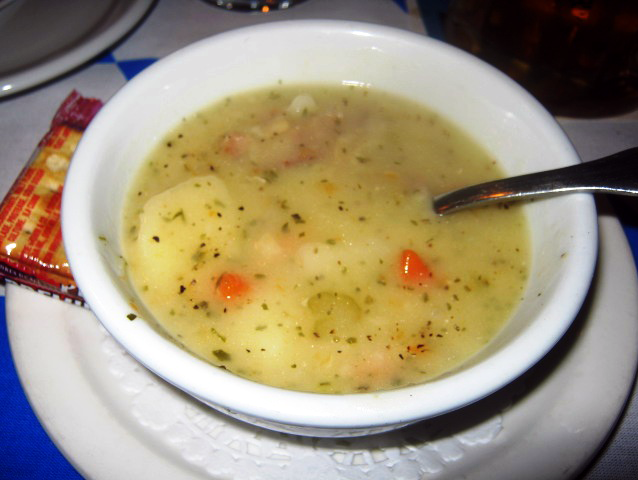 For my main, I got the Oktoberfest Schnitzel special, which included pork schnitzel, Oktoberfest sausage served with roasted potatoes and sauerkraut for $16.95. I opted for chicken schnitzel instead of pork ($1 extra) and wanted to try the spaetzel (a specialty egg noodle) in place of the potatoes ($1.75 extra).

Schnitzel has the potential to be quiet greasy, but this one was not. It was crispy and flavourful, complemented with a squeeze of fresh lemon. The sausage was lean and juicy, and while it was not overly spiced, it had a great smoked flavour which paired well with the spicy and thick mustard served alongside. The spatzel was light and bouncy in texture, but it came smothered in thick gravy, which I found was too rich and took away from the pasta itself. The sauerkraut, the only vegetable on the plate, was fresh had the just right amount of tartness. It was quite the meaty feast! 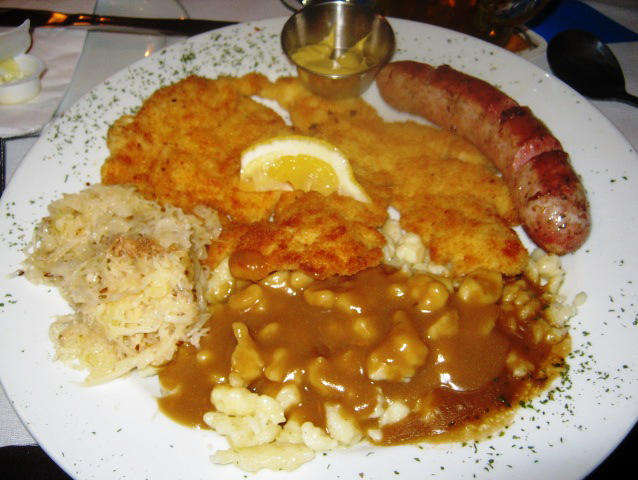 Curtis got the Oktoberfest Pork Chop special with a smoked pork chop (Kasseler), sausage, roasted potatoes and sauerkraut for $16.95. He was impressed that the Oktoberfest sausage could be so moist and flavourful without being at all greasy. The only disappointment with this meal was the potatoes; they were slightly oily, and while they looked like they might have been seasoned with paprika, there were relatively bland. The kasseler, a pork chop that has been smoked and ripened in a salt brine, was very similar to ham, except that it is a bit more smokey, slightly drier, and less salty. It was brilliant. 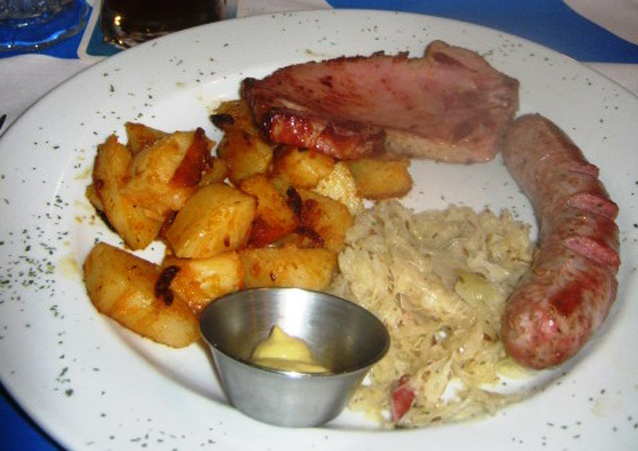 Moving on to dessert, we asked for the crêpe Mozart – Amadeus’ most popular dessert dish. The Mozart is a crêpe filled with peaches and custard then topped with whipped cream and strawberry sauce for $5.75. I was not a huge fan of the dessert. The sweetness of the whipped cream, strawberry sauce and canned peaches overpowered the crêpe and I couldn’t even taste the custard. I know that peaches are not in season, but I think this dish could be really enhanced by the addition of seasonal fresh fruit (apples, berries, peaches) to provide some natural tartness to combat the overpowering sweetness. 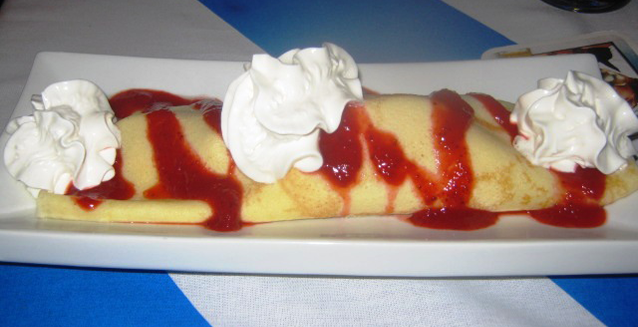 All said and done, my impressions of Amadeus are very mixed. The atmosphere surrounding their Oktoberfest festivities was very fun and lively (I’m sure the beer helped!), but I think if I return I will skip the appetizer and dessert, and stick with a main… washed down with a stein of Bavarian beer!