A few months ago I noticed a new restaurant setting up shop on Princess Street, just up from Clergy.  I thought I was dreaming, a new Middle Eastern restaurant downtown!  My favourite!  I was so excited to see Ali Baba Kebab and knew that I had to try it.  Harvey and I, along with a good friend, finally made a visit last week. 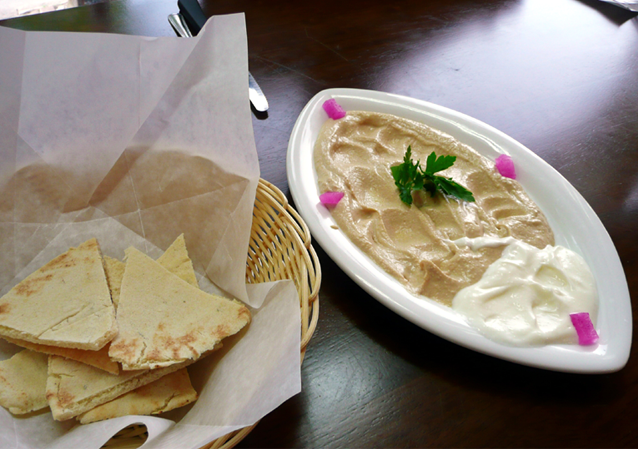 We arrived to find a sign outside with photos boasting various menu items including hummous and falafel.  This was the place for me.  However, once given the menu, I quickly noted that none of these items were actually listed.  There were 8 items on the menu, none of which were salads (tabouli and fatoush being staples from what I know of experiences in other Middle Eastern restaurants) and there was no falafel to be found, or anything vegetarian for that matter.  We asked our waitress and she said she could bring us some hummous and falafel as an app, which is what we decided to do, but we were still somewhat perplexed as to why these items weren’t listed on the menu.  The hummous is shown above and came with garlic sauce and a rather skimpy basket of dry pita wedges.  There wasn’t enough pita to scoop up all the hummous and we were never offered more.  I can’t tell you the price of the hummous or falafel because neither one is listed on the online menu either.  I found the hummous to be OK but too peanut buttery for me.  My dinner companions enjoyed it more but one later commented “I was pretty hungry though.” 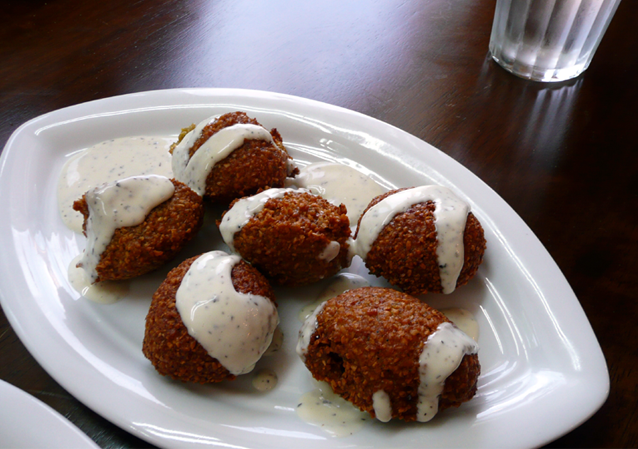 This is the falafel appetizer.  The falafel were fine but I missed having a pita to mash them into and without any other sides like tabouli, hot sauce or turnip, I felt they were lacking.  I’m not entirely convinced they were home made either. 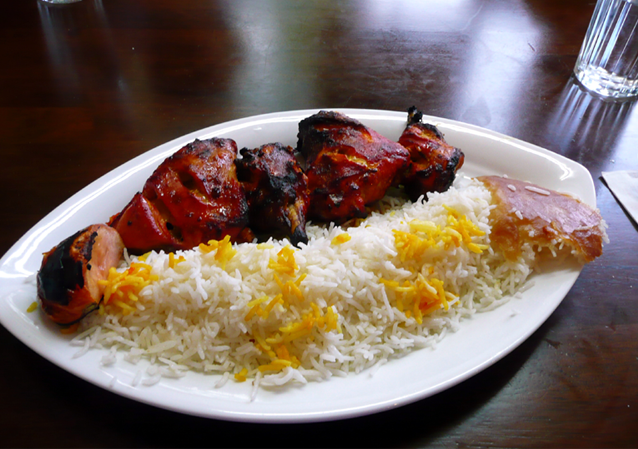 Having given up on my hope to order something vegetarian, I settled for the Saffron Chicken as my main ($11.99).  These were chicken thighs, still on the bone with rice and a deep fried…something.  I think it was a very thinly sliced piece of pita.  The rice was tasty but the chicken was tricky to eat and the flavour was far too rich for the huge amount of chicken.  I needed something more to even it out but instead I ended up leaving half of it on my plate.  I think the fried thing was the best part – because it was fried. 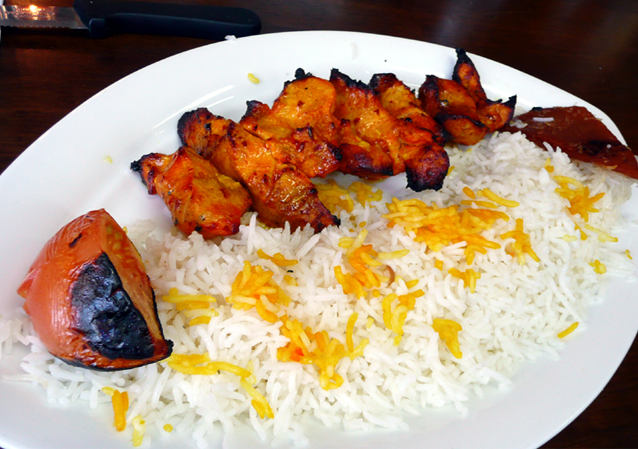 Harvey ordered the Ali Baba Chicken ($12.99) and enjoyed it quite a bit.  He said the spice was just right and the chicken was juicy and flavourful.  I find the price a little obscene. 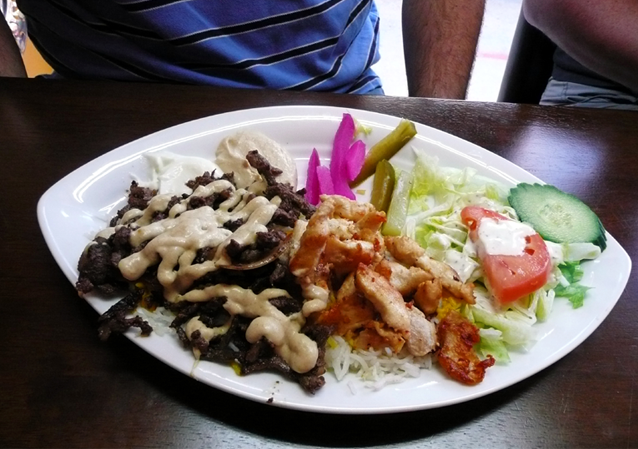 This is the Shawarma Mix ($10.99) and to me looks most like what I would expect from this type of restaurant.  It came with salad, rice and sides (hummous, turnip and pickles) and a generous amount of meat, and yet it was the cheapest dish we ordered.  Our dinner companion enjoyed it and said he would order it again.

Overall, I would like to say I had a great experience because I love this kind of food and want to see restaurants like this thrive in Kingston, however, it really left me craving a better meal.  The restaurant itself is clean and time was clearly spent decorating it.  The bathrooms were mostly tidy but needed attention as I had to change my own toilet paper roll and the garbage was overflowing.  My biggest recommendations for the owners would be to clarify exactly what is on the menu, lower the prices or justify them by hooking us up with some extra pita bread or more condiments, give us some vegetarian options and get a liquor license.  I’m not saying I won’t ever return, as the restaurant is young and needs time to develop, but I won’t be hurrying back any time soon.