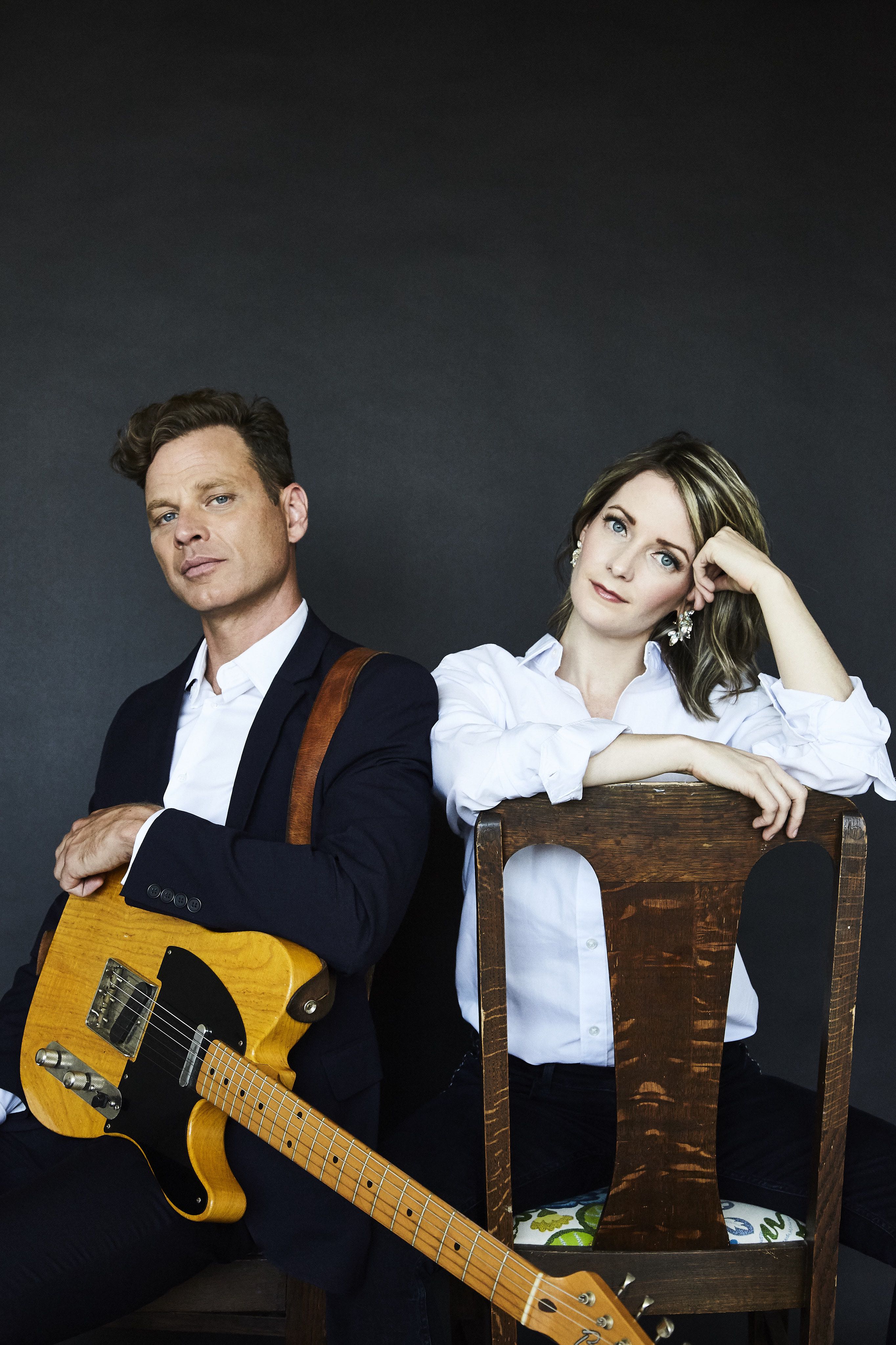 Canadian singer-songwriters and recording artists, Sheila Carabine (one half of award-winning folk duo, Dala) and Brian MacMillan help beat the winter blahs just ahead of the release of their first album, together. Their original songs and heartfelt harmonies are backed up by the 100-strong Open Voices Community Choir, Saturday 18 January 2020, 2 & 7:30pm.

“Kennedy Road” is becoming known for its stars’ seamless vocal blend, electric on-stage chemistry, and poignant songs. Carabine comes by collaboration honestly, having spent the last 16 years in the Juno-nominated folk duo Dala and performing with Tom Cochrane, Jann Arden, and Matthew Good. She recently released her “All In” solo album. MacMillan is a producer, singer-songwriter, and recording artist with three solo albums, who has performed with Barenaked Ladies, Wailin’ Jennys, Garth Hudson, John McDermott and Lowest Of The Low.

Carabine had heard of MacMillan before but they only met after one of his concerts, two years ago. One conversation led to another and their new duo “Kennedy Road” was born. “I think it has to do with the chemistry that we have and the trust we have with each other,” says MacMillan. “We also seem to easily find harmonies for each other, so … we both realized it was rare and decided to keep feeding and nurturing it.”

Like their namesake, the north-south Scarborough and Brampton street, the songs of “Kennedy Road” look back just as much as they look ahead. With velvety vocals and dreamy guitars, Canada’s newest musical sweethearts conjure dusk and memory, grit and grace. This is music from the heart, for the heart. See their latest songs at
https://www.youtube.com/watch?v=b5ec69fWl4Q and at https://www.youtube.com/watch?v=hTJv-DyXReU