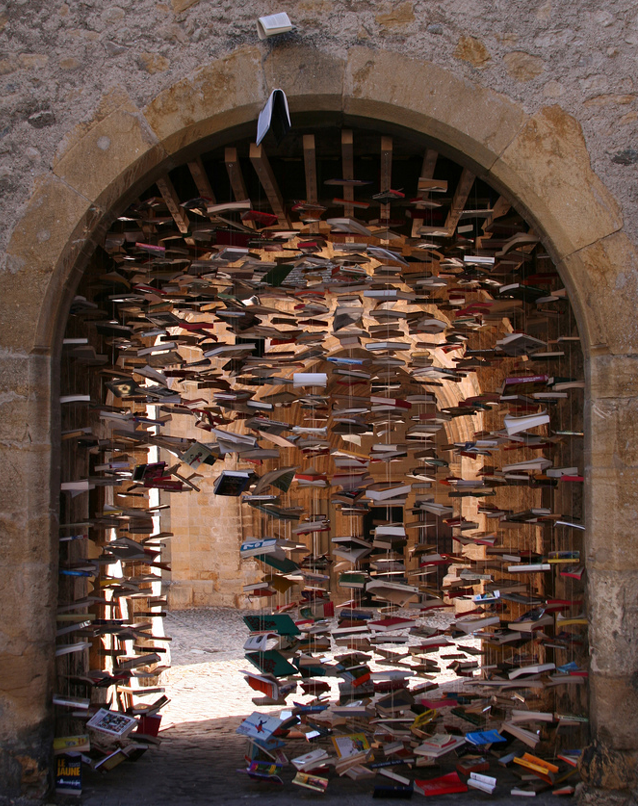 Literati, mark your calendars: Kingston Writersfest is coming soon. This year’s festival is poised to be bigger and more star-studded than ever. Being a Kingston newbie, I’ve never attended the ‘fest before, so I have nothing to compare it to, but it still seems impressive to me, which is definitely a good sign. Festival passes are $75, and judging from the lineup, it’ll be worth the price of admission.

Of course, some of the headlining events are already sold out. If you had your heart set on seeing Margaret Atwood’s theatrical staging of her new book, Year of the Flood, at the Grand on September 23rd, you’d better already have a ticket, because they’re all currently spoken for. Ditto for master classes by poet Michael Crummey and Giller-winner Joseph Boyden, both at the Holiday Inn on the 24th.  But you can still catch them talking about male heroes in literature alongside Mark Sinnett and and Steven Heighton that night in what promises to be a fascinating panel discussion. And if that’s not close enough to Boyden, how about entering the Brunch with Boyden contest for a chance to munch on French toast, gaze into his deep brown eyes, and ask him all those intelligent questions about Three Day Road you’ve been holding onto since it won Canada Reads two years ago (I might have a bit of a literary crush, folks).

As a huge teen lit and comic book nerd, there are two master classes on Friday September 25th that I’ll probably skip work for. (Shhh, it’s okay, guys, I work for the library so it’s justified, right? Right?) Graphic novelist extraordinaire Mariko Tamaki (she wrote the gorgeous  Governor General Award-nominated Skim, illustrated by her sister Jillian) will talk about writing for comics and how it’s different than writing in general. I know this session is technically for highschool students, but I hope she won’t mind if I sneak in the back. If I get kicked out, I’ll schlep over to Shelley Tanaka’s class on writing for young people. And I’ll stick around for lunch, when the Dewey Divas and Dudes take the stage. The Divas and Dudes are a group of publishers’ reps from major publishing houses who tour the country every season to promote their favourite new titles. As a librarian, I’ve seen them flog their books more times than I care to admit, and I always come away with a great new read.

If I’m still standing by the end of the day, I’ll definitely check out the Battle of the Books, where local heroes will champion their favourite books from the Ontario Library Association’s Evergreen Award shortlist (Coventry by Helen Humphreys FTW!!!). And let’s not forget the Spike The Punch Literary Cabaret on Friday night, which will include readings by the awesome Billeh Nickerson, among others.  Then I’ll stumble home to bed, thoroughly drunk. On literature, I mean. Yes. Drunk with culture. That’s it.

Those few choice events are my favourite picks for Writersfest, but as LeVar Burton always assured us on Reading Rainbow, you don’t have to take my word for it. Check out the festival website or the Grand Theatre’s ticket site for information on other events going on at the Grand and at the Holiday Inn all weekend long. Thanks to timtom.ch for his photo of a literary installation at “24 heures du livre”.