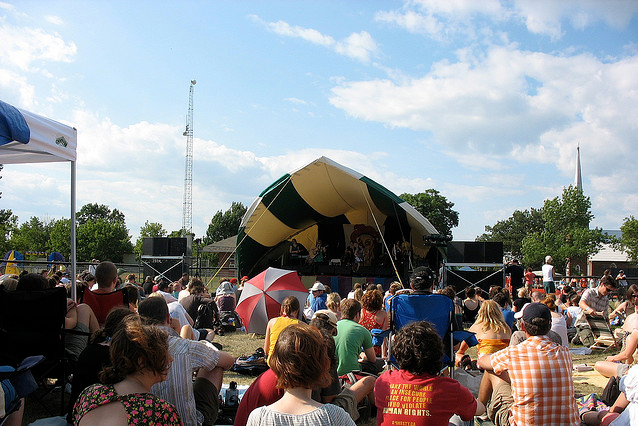 While the long weekend was jam packed with events such as the Promenade and K-Town Tri, this coming weekend is equally as busy, specifically for those who will be making the annual pilgrimage to the Wolfe Island Music Festival.  This year’s  2-day festival includes a solid mix of local and imported talent.  Familiar faces taking the stage include The Hip’s Paul Langlois who will be accompanied by band mate Rob Baker, Greg Ball, Sleuth Bears, Bader Lane Quartet, PS I love you as well as Kingston exports, Cherry Chapstick and Wilderling.  Unfortunately, festival organizers announced earlier today that Buck 65 had to bow out of this year’s festival, however the promise of a surprise substitute has a lot of people guessing about who might take the stage as the second last act of the festival.  The rumour mill has been working overtime thus far, ranging from big name bands to up and coming local groups, and needless to say, the suspense should be well worth it.

Weekend passes are being sold at Brian’s Record Option, The Grad Club, Windmills Cafe, as well as Fargo’s General Store and The Island Grill, while prices range from $70 (weekend), $40 (Friday only), and $45 (Saturday only).  Camping has been sold out for sometime, so unless you booked your site well in advance, you’ll have to find another place to crash.  As a reminder, children under 12 get in for free at Saturday’s main stage.

Who are you most excited to see at this year’s festival?  Further, what band do you think will take the main stage at 9pm on Saturday? If you’re planning on taking a photo or two, please be sure to share some of the weekend’s magic by adding your best shots to our Flick group!

Thanks to Gumbydum for today’s oldie but a goodie photo of WIMF back in 2007.

One thought on “Guide to the 2011 Wolfe Island Music Festival”