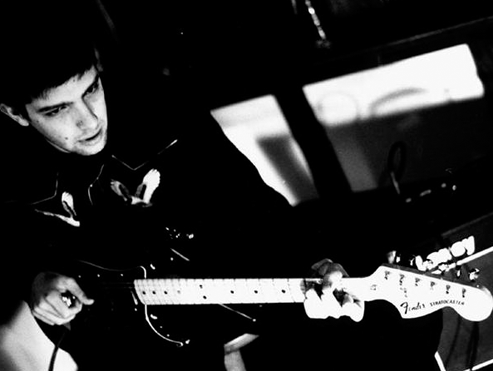 Rueben deGroot recently moved to Kingston from Vancouver with his wife, Asia, who is doing a Masters degree in Mathematics at Queen’s. He is a singer/songwriter who has had success on the west coast and that success has followed him to Kingston.

Wednesday night, Rueben will be releasing his self-recorded and cleverly title CD, Winter of our Discotheque, at The Grad Club at Queen’s. The album took about five weeks to produce but features tunes that he wrote five years ago as well as some brand new songs that have come to him since he’s been in Kingston. His music could be considered roots-country with clear influences of rock and a bit of jazz. The album features some great up and coming local musicians: Josh Lyon, Greg Tilson, Annie Clifford, Paul Saulnier and Rueben’s wife, Asia Matthews.

This past winter the CBC used the song “Things are Gonna Get Worse” by his Vancouver band, The Seams, for their TV show jPod and CTV used the same tune in an episode of Robson Arms .

Rueben has enjoyed his transition into Ontario life, “I love playing in Kingston, I’ve met lots of great people.” In addition to working on his own tunes, he has been working on producing The Gertrudes’ EP that will be out soon.

Tomorrow’s CD release is presented by Apple Crisp Records and will feature Rob Radford on drums, Ryan Webb on bass, Josh Lyon on keys, Pim van Geffen on trombone and Paul Saulnier and Ian Montgomery on guitars. The evening is “pay what you can” and will begin at 8pm with Christina Foster and Kent McAlister.

One thought on “Winter of Our Discotheque”