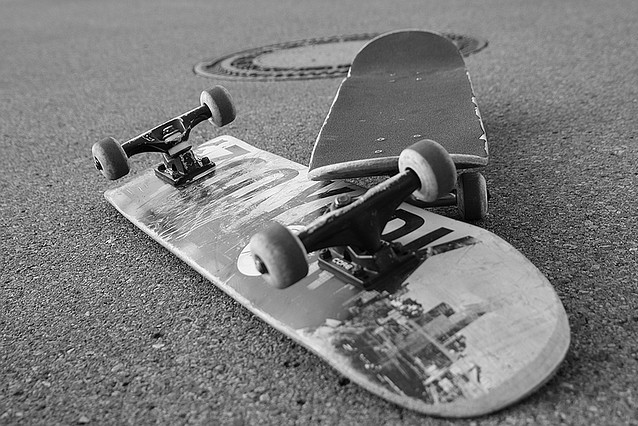 I became aware of the city’s desire to remove the larger skate board ramps to a location in Grenadier Village when a neighbour informed me of a notice she received in August 2010. Since then, I have been investigating the city’s decision in an attempt to find an equitable solution which satisfies both the skate boarders’ needs and neighbours’ concerns. We have had a meeting with Lanie Hurdle, Director of Parks and Recreation, and Mark Gerretsen, Councillor for Portsmouth District. During the meeting, I learned that there have been a number of issues with vandalism and partying after dark which the city has tried to address. I have asked for specific statistics regarding these concerns but have yet to receive this information. It was also indicated that the day time users of the West 49 Lyon Skate Park were not a concern. During the meeting, I asked the city not move the equipment until the spring, in order to give our group time to identify specific concerns and develop sustainable solutions. Initial indication was that we would be given this time.  The next day I received an Email that indicated that the City would be going ahead and putting the equipment into storage. The cost of moving this equipment is over $50,000, which is more than was initially paid for the equipment. We are quite aware that should the equipment be removed from the West 49 Lyon Skate Park, we are unlikely to get the equipment back regardless of whether it goes to Grenadier Village or storage.

In the last week, I have met with neighbours from around Polson Park. Many have indicated to me that they don’t have a concern with the skate park, but two neighbours indicated that they were being pressured by another neighbour and they were tired of having to listen to her. I spoke with a neighbour who identified herself as the ‘primary complainer’, while she indicated that she had no concerns with the day time users of the skate park. She was however upset that the City of Kingston only gave her two days notice when the park was first installed. She was also concerned with night time activities in Polson Park, and that the skate park took up space that was previously used for recreational ice skating. This neighbour also indicated that she took her grandchildren to use the skate park on a regular basis which is why she was okay with young children using it.  She just didn’t want teenagers to be allowed to use the skate park. We have offered to work with this neighbour and do our best to alleviate her concerns.

Most importantly, the users of the West 49 Lyon Skate Park are confused about the impending removal of equipment. The skate park is used all day every day, with the heaviest usage between 6 and 8pm. These youths consist of many St Lawrence, Queen’s, LCVI and Polson Park students, I have yet to meet a user of the park who is not also a full time student. The atmosphere at the skate park is very positive, the cement pad is very clean, and graffiti is minimal and non offensive. Not one of the skate boarders I have met thus far understood that they had a voice to protest this decision. Indications from city staff are that the skate boarding community was not consulted before this decision was made. Many of the skate boarders have indicated to me that they would like to be part of a positive, sustainable solution.

We will be petitioning Council to reverse this decision at their meeting on October 5th. The city’s plan is to remove the equipment after Thanksgiving, once their own skate boarding programs at the skate park have ended.
——————————
Submitted to Kingstonist’s Community Soapbox by: Chrystal Wilson.

Thanks to FabianReichert Media for today’s photo.