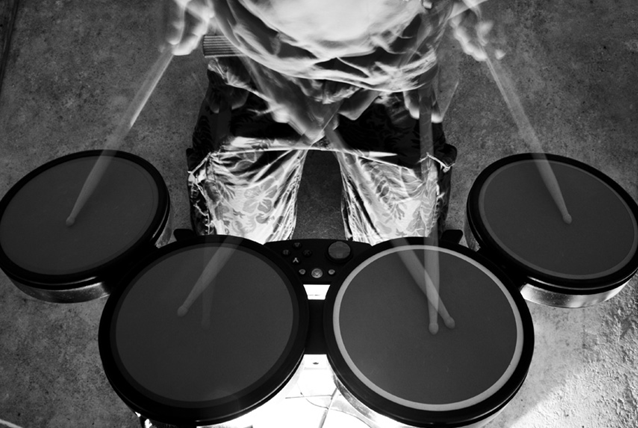 During my teenage years, I unfortunately had very limited exposure to the local indie music scene. Whether it was simply in short supply in small town Ontario, or lingered in the shadows of what was being sold on radio and music video stations, my introduction to homegrown, emerging acts was somewhat delayed. After living in Kingston for a few years, I began to recognize the depth of the local music scene, which goes far beyond notable bands such as The Tragically Hip, Bryan Adams, and Bedouin Soundclash. When I learned that one of The Hip’s songs had recently been selected for inclusion on the popular Rock Band video game series, I wondered:

Which local indie band is deserving of representation on Rock Band?

When I first got the idea for this week’s question, I did a quick, informal poll on Twitter, which yielded all of the options above. However there simply was not enough room for everyone’s suggestion to make the cut.  It’s highly likely that your favourite homegrown band isn’t listed, in which case please drop some comments off below as to who you think is most deserving.  While I’ve only played Rock Band twice, the thought of playing any song by any one of these Kingston-based aritsts with faux drums, guitar and mic seems very appealing.  For the video game aficionados out there, is there any way to upload your own music to Rock Band? On another note, pun intended, the more I think about it, how the heck would one go about playing a song by the Gertrudes on Rock Band?  So many instruments you’d need the ultimate expansion pack.

Thanks to Adam Foster for the photo associated with this week’s poll.