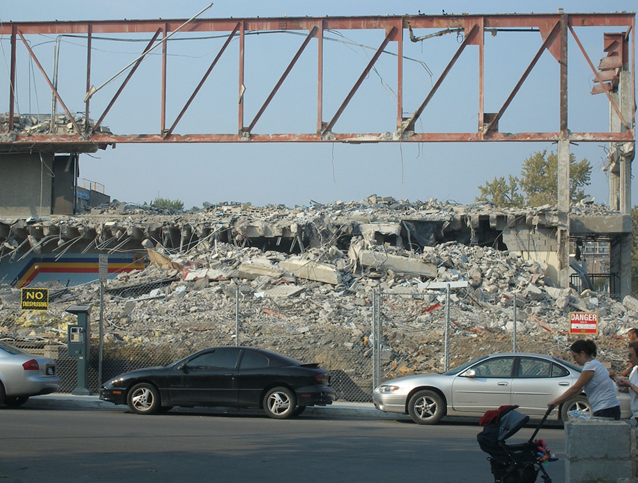 Back in April, I was worried that financial problems might delay the construction of the new Queen’s Centre.  Thankfully, development of the expansive social, athletic and educational mega-plex got back on track, and a compliment of over 350 trades people have been tirelessly working to finish phase one in time for the upcoming Fall semester.  Completion of the first of three phases will provide the University with:  three gymnasiums, a pool, dance studios, squash courts, team and locker rooms, student club space, an updated food court, and a new Common Ground coffee house.  With triple the weight and cardio space than the old gym, and the luxury of working out in natural light, the athletic component of the Queen’s Centre sounds like a dream come true.  I almost wish I was a student again, minus the painstaking exams and the neverending fun of ScanTron.  On second though, I’ll settle with taking a stroll through the new facility once it’s completed.  For a sneak peak inside the nearly finished portion of the Queen’s Centre, hit play on the video below, or check out the black and white photos that were recently published in the Queen’s Journal. Thanks to Julep67 for the photo of the pre-construction chaos.