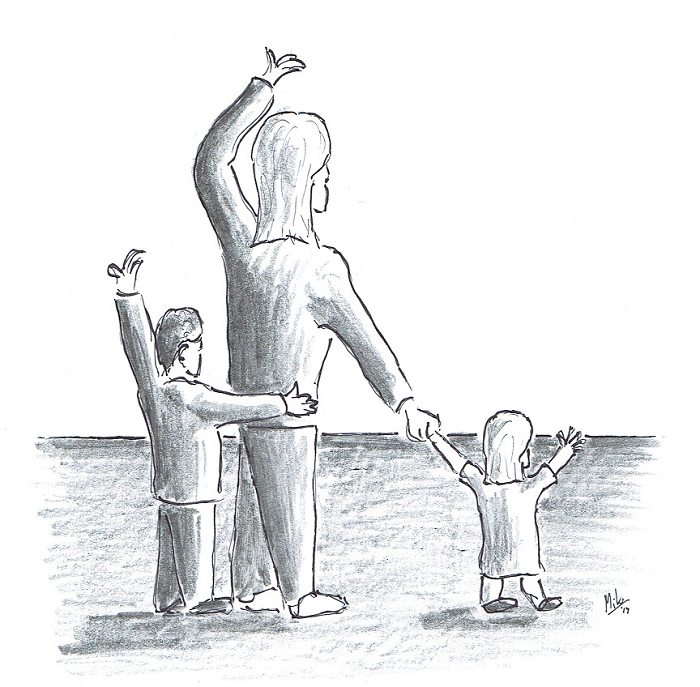 A reception at a local funeral parlour. A reception to remember a senior Canadian Army officer who had died at a good age, not in action like many of his generation.

His widow was magnificent, she stood smiling to receive us all. Her husband’s decorations, medals and sword lay on a table. And, as my wife gave her a hug she said “Well, I’m a military wife. I rehearsed for this most of my marriage”. And Jane, and the other military wives and widows present understood, in the way that only they can.

We celebrate and decorate the (mainly) men of the armed services who spend much of their time in preparation to go in harm’s way. They may die in action, but some also die in peacetime, through accidents connected with keeping in readiness.

The risk varies. Low in some occupations, dramatically high in others. I was a carrier pilot in the 1960’s – a low risk of dying in action, but friends and contemporaries died each year in aircraft accidents. Those deaths were and always are sudden, tragic and not totally unexpected. And the tragedies touched many people.

So, for this Remembrance Day, without in any way diminishing respect for those who died in conflict – including my own father – I’d like to pay tribute to an astounding and largely unsung body of people. I’d like to dedicate this to all Armed Forces spouses, past and present, for they are truly the Unsung Heroes.

The unsung heroes endured relocations, sometimes at short notice and not always to ideal places. The unsung heroes settled unsettled children into new places and schools and made a home for them and the often absent other parent. The unsung heroes welcomed him back after a long absence and contrived to fit him back into the family, even if the children weren’t sure about this strange man.

The unsung heroes lived with the real possibility of a telephone call or visit, often by the Padre in an official car, that would change everything, forever. Seeing the car enter the group of married quarter houses was a ghastly travesty of roulette. Waiting, frozen, to see where it would stop.

The unsung heroes sometimes, shockingly, learned of a death by chance. Like the girl who glimpsed a newspaper over someone’s shoulder in the rush hour London Underground and realized she’d lost the man she’d agreed to marry a only few days before. They hadn’t even yet told their parents.

And the unsung heroes often determinedly did something positive and constructive in the isolated places where they were so often left. Britain’s Military Wives Choir is an outstanding example of courage and achievement and has spread to Canada.

In thankful old age with the hero who agreed to marry me fifty-four years ago I have nothing but admiration to offer to Military spouses, past and present. They are true heroes.