Our Best of 2016 wouldn’t be complete without mention of one of the biggest, most widely experienced events not only in ygk, but in Canada – The Tragically Hip’s grand finale concert at The KRock Centre this past August. Fans flocked to Kingston from all corners of the country to attend the final concert of the band’s Man Machine Poem Tour. Lucky ticket holders packed the arena while tens of thousands more filled Kingston Market Square and local pubs and restaurants that were screening the concert, which was being broadcast live on CBC. With local shops running Hip themed specials and adorning their windows and sandwich boards with Hip quotes, it is unlikely that anyone in Kingston was unaware of this huge event. Our most recent poll asks readers to identify the Top Headline of 2016 and so far, has The Hip concert well in the lead with more than 150 votes between it and the runner up. August 20th 2016 is most definitely a day that no one in Kingston will ever forget. 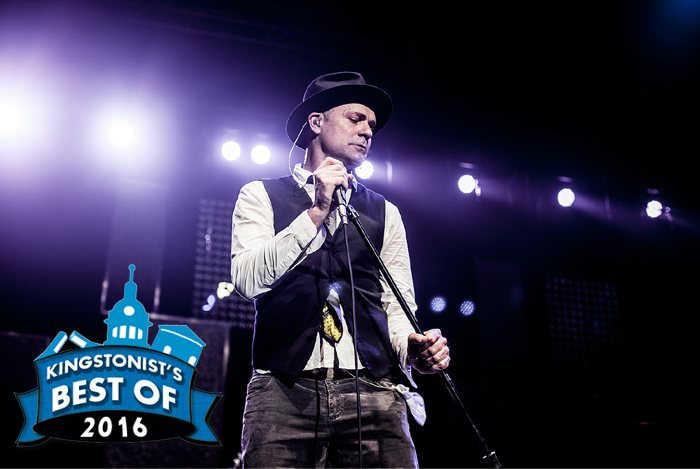 Fans and supporters of The Tragically Hip have been painfully frustrated by the farcical reality of the ticketing process that goes hand-in-hand with stadium shows and big name performers. Tickets for what may be the band’s final tour were virtually unavailable the moment they went on sale, as they’d been instantly scooped up by scalper-bots and placed on reseller sites for five to ten times their face value. Although a few lucky Hip fans managed to score tickets for shows in larger venues in Toronto and Ottawa, tickets to the concert at the K-Rock Centre, the final destination on the Man Machine Poem tour, were seemingly impossible to obtain without paying exorbitantly jacked-up prices demanded by greedy scalpers. And if that weren’t disheartening enough, last week Kingston Police released a fraud advisory warning of reports from hopeful buyers who had been scammed out of $1,000 for tickets that don’t exist.

The disastrous situation has drawn more than just the disgust of fans, as it has renewed calls for a complete overhaul of event ticketing regulations. And the short answer on that from Ontario’s Attorney General is essentially: don’t hold your breath. Thankfully, the sound of disgruntled Hip supporters from across the country was heard by enough people with the power to do something about it, which led to last Friday’s announcement that their end of tour concert in Kingston would be broadcast live, and commercial-free via CBC.

The City of Kingston is aiming to do fans one better, by making that broadcast available on a large screen in Market Square, and possibly other venues. Naturally, this got us thinking about the live broadcast, and what else the city might do to help make it an extra special affair. Accordingly, this week’s poll asks:

What else should the City do mark the occasion of the Hip's final concert?

In light of the Gord Downie’s heartbreaking diagnosis, The Tragically Hip’s Man Machine Poem tour is being billed as the band’s farewell. The emotional gravity of what could very well be their last show together is amplified one hundred fold by those looking to make a buck off on the backs of the band and its loyal fans. In spite of the fact that it would be a shame for a single seat to remain empty for their final show, here’s hoping that the broadcast will result in more than a few scalpers left holding unsold tickets.

Were you fortunate enough to get tickets without having to go through a scalper? Is the live broadcast enough for you to resist temptation and get gouged? What else would you like to see the city do to enhance the experience for those looking to take part in the conclusion of the Man Machine Poem tour?

Photo credit to The Tragically Hip.