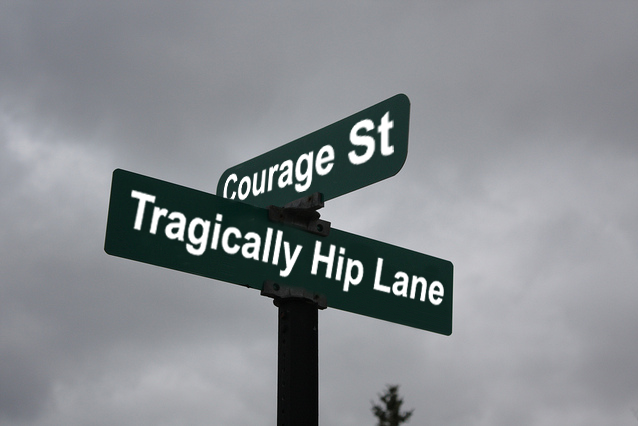 Kingston is a city unlike any other, and yet similar to other urban centres our streets remind us of our rich and humble history. I’m not referring to the trademark limestone structures, monumental landmarks, gorgeous parks or longstanding commercial fixtures, rather the names of our well travelled streets, boulevards and avenues also serve as a quiet and often overlooked reminder of our storied past.  It’s very common in most cities to have streets named after royalty: Princess, King, Charles, William; places: Montreal, York, Toronto, Ontario; local historic figures: Bagot, Sir John A. MacDonald, John Counter, Taylor Kidd, and the list goes on.  Further, it’s becoming increasingly fashionable to pay respect to new heroes and heroines by renaming a strip of pavement or green space in their honour.  Toronto has Blue Jays Way, Burbank has Bob Hope Drive, Scarborough has Mike Myers Drive.  In advance of a public consultation to determine whether or not the Limestone City should similarly recognize the Tragically Hip, this week’s poll question asks:

Should the City of Kingston honour the Tragically Hip?

Sure it might seem reasonable for Kingston to honour one of the city’s best known musical acts with a street renaming, park dedication or a related honour, but where will we draw the line? The Hip are arguably one of many names in the musical community (Cockburn, Adams, Usher) who are deserving of such an honour, but one could easily argue that there are just as many deserving individuals in sports (Gilmour, Muller, Cherry) and politics (Milliken, Gerretsen, Segal) who should be honoured by the city.  It’s a slippery slope, that could open the door to less deserving and respected contemporary icons.  Furthermore, as we continue to evaluate and update the worth of a given person or group’s contributions and historical standing, what is acceptable today may not be as appealing in the future.

Many cities have struggled to reach an amenable solution with respect to honouring the not so distant past and present. Depending on what is targeted, celebrity-inspired names run the risk of overriding historical bonds, and they can come with a hefty price tag. Sure it’s a great way to create areas of interest, but tourists flock to our downtown, which seems to be doing just fine with the likes of Brock, Queen, Market and so on. Instead of renaming a well established street or park, perhaps we should consider looking towards naming something in a new subdivision, as that might be less disruptive. Then again, it might also run the risk of getting buried in the burbs.

Are you in favour of renaming or naming something to commemorate the Hip? If so, what street, park or monument would you propose? If not, what are your reasons?  Are there any other individuals or groups who should be considered a higher priority?  Your New Year’s resolution should be to drop off your comments below.

Special thanks to nino63004 for the original image, remixed to honour the Tragically Hip.

10 thoughts on “Honouring the Tragically Hip”