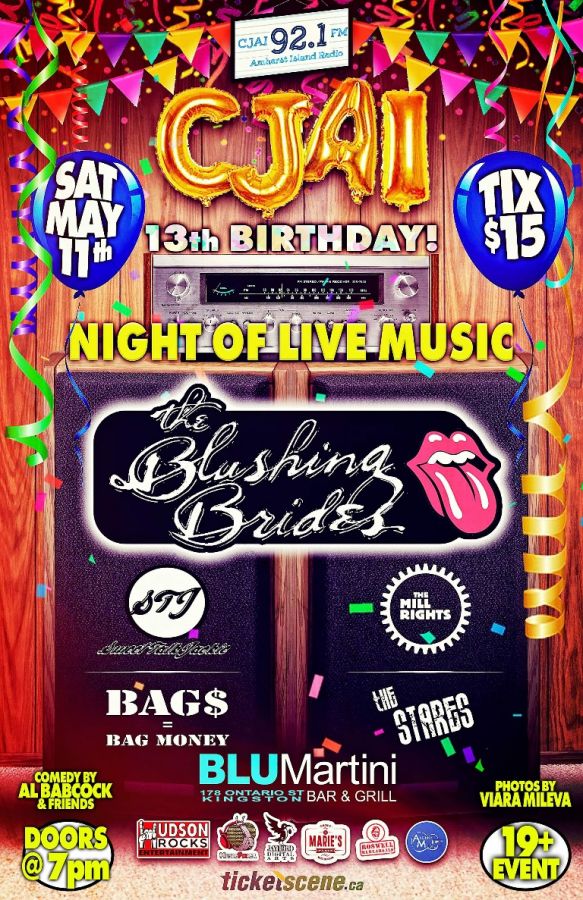 Thirteen years after launching, Amherst Island Radio is ready for a signal boost.

“The time has come,” said Eric Tremblay, program director of the community radio station. “We’re applying to increase the broadcast radius to cover about four times the area we do now.”

While Kingstonians in most of the west end can usually get a decent signal, the same is not true for the rest of the city. It’s with that in mind that Amherst Island Radio is looking to raise about $25,000 to turn up the power, to cover not only all of Kingston but areas around Loyalist Township, Greater Napanee, and South Frontenac.

“These are big bills,” said Tremblay. “We have to hire an engineer to write a report, buy a new transmitter, a new antenna, and a new tower.”

Amherst Island Radio, known formally as CJAI, is entirely run by volunteers, and as a non-profit community radio station, advertising revenue is minimal.

“It’s a pretty small operation, it’s usually just the one host in the station,” said Tremblay. “We’ve been able to do this really cheaply so far. But now the time has come to boost the power.”

When Amherst Island Radio first went on the air in 2006, it was licensed as a “developmental community radio station” with a 5 watt transmitter. It broadcasted largely to Amherst Island residents, or “to anyone sitting on the mainland ferry dock,” according to Tremblay.

“We’ve really increased the on-air hours and the number of volunteers,” said Tremblay. “And for the last few years, we’ve gone beyond Amherst Island. Half of our volunteers don’t live on Amherst Island, and we have about 50 volunteers right now.”

Tremblay was eager to boast about not only the volunteers, but the community support behind the station.

“A lot of people said ‘you ain’t gonna last three months’ when the station started,” said Tremblay. “But we have a lot of resourceful people that are passionate about networking with the local community. We play a lot of local music, and we have local musicians in the studio constantly.”

As part of the funding drive to raise the capital for this expansion, and tying in with the station’s 13th birthday, Amherst Island Radio is throwing a concert tomorrow night at BLUMartini.

“The lineup really reflects the diversity of the music at the radio station,” said Tremblay. “The Stares are a great cover band, Sweet Talk Jackie is a real rock n roll band. Bag$ is hip hop, The Mill Rights are country, and of course the Blushing Brides are just an incredible Rolling Stones tribute act.”

The funding drive has raised almost $5,000 so far.

“This event is just one piece of the puzzle,” said Tremblay. “It falls in the footsteps of the great events we’ve had in the past. We like to structure it like a birthday party and just make sure everyone has a good time.”

Doors open at 7 pm, and local comedian Al Babcock will start the show with a stand-up set at 7:30 with live music follow. Tickets are available at Ticketscene or at the door.