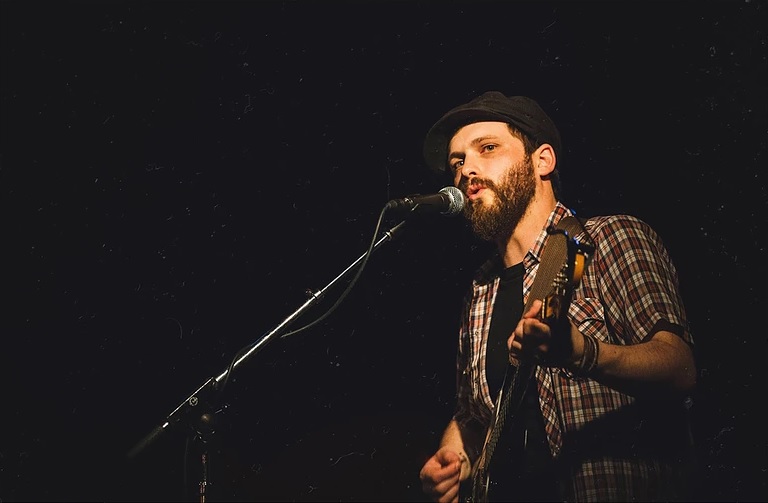 Toronto-based musician Kaleb Hikele has been performing and releasing music professionally as The Sun Harmonic for 10 years, and he hits Kingston this Sunday for a show at Something Else Records as part of his The First 10 Years Tour.

What took Hikele off the road was a thing of nightmares for working musicians: tendonitis.

“Once I got off tour in the spring of 2015, I was in an incredible amount of pain and discomfort,” explained Hikele. “My doctor said that I had to stop playing guitar and piano, and I couldn’t work my day job either. I spent the next two years only writing music, not being able to perform or promote anything. I had to focus on my health.”

With his tendonitis issues mitigated, Hikele is back on the road for his first tour in over four years, starting with a show on Saturday in Gananoque, and Sunday’s show in Kingston.

“It’s been 10 years since I released my first solo album,” said Hikele. “‘The First 10 Years’ is the name of the tour, but what I’m really alluding to is the next 10 years. It’s kind of about starting a new chapter.”

Hikele, who grew up in St. Thomas but now calls Toronto home, came up with the stage name The Sun Harmonic when he was 19 and attending the Harris Institute for the Arts.

“I liked the idea of having the sun in my stage name, because of the idea that my life revolves around music, and we revolve around the sun,” said Hikele. “The ‘Harmonic’ just popped into my head and it clicked instantly. Harmonics are an important part of music theory, it’s what really lifts the melody.”

Part of the push for a stage name was a practical one as well as artistic.

“My name can be very hard to spell and pronounce,” said Hikele with a laugh. “It was always very difficult to communicate my name with people. I released three albums in high school as Kaleb Hikele. I went to Toronto, I left my friends and family behind, trying to come up with a new direction. As The Sun Harmonic, I don’t have to correct people every time. The name applies to the band as well as my solo music. It’s not necessarily me as a person — it’s the body of work.”

Hikele has just released his first 7” single on vinyl, A Heart So Heavy, a song he wrote for his girlfriend.

“I wrote in one sitting,” said Hikele. “I usually take five or six years to record a song I’ve written, but I was offered some studio time at a recording studio close to my house that has the most beautiful grand piano, and I knew I had to get this song out. It’s my first time putting out a 45 [RPM record], and as a huge lover of vinyl, I’m really excited about it.”

The Sun Harmonic performs on Sunday, Jun. 9, 2019 at Something Else Records at 2 pm.