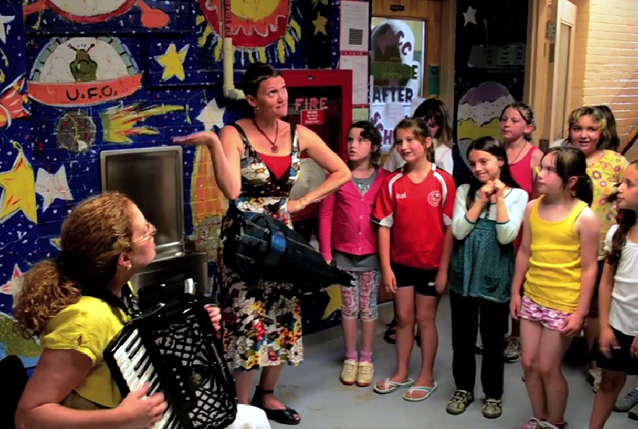 Last May we proudly featured the second video made available via the Skeleton Park Community Songbook project. Having noticed similar initiatives in other cities, I was truly excited about possible pairings of musicians and community groups, as well as the shared sheet music aspect. Unfortunately, subsequent releases associated with the songbook project have not been well publicized, and believe me when I say that I’ve been keeping my eye out for new offerings.

Following the release of last week’s Kingston Porch Jazz video, I asked: what happened to the Skeleton Park Community Songbook? My inquiry was met with an immediate response, informing me that numerous additions were in fact available, but again just not as widely publicized as previous songs. Since I’m a huge fan of the Skeleton Park Community Songbook, and I want you to be as well, over the next few weeks I’ll be doing my best to share more of these great songs/videos on Kingstonist.

Today’s song is Je Fais La Difficile, which is performed by The Swamp Ward Orchestra and students from Rideau Public School. What’s not to like about this? From the amazingly decorated classroom that serves as the backdrop to the awesome sound of the accordion and hurdy gurdy and the increasing enthusiasm of les chanteurs, it’s all good. Hit play above, see for yourself, and stay tuned for more Skeleton Park Community Songbook goodies in the near future.