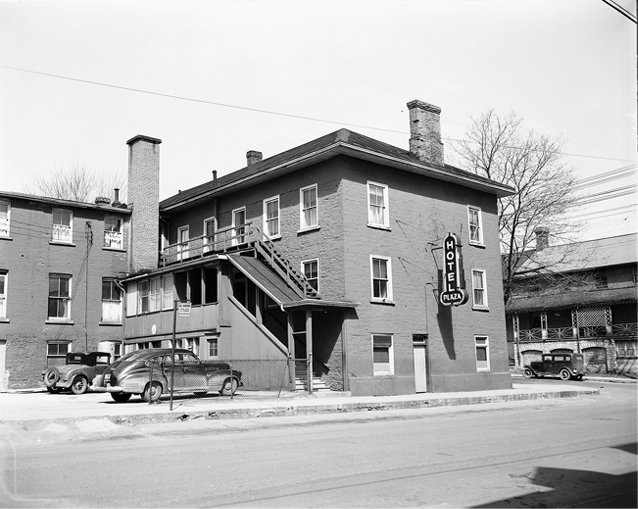 In celebration of Kingston Pride, this week’s photograph is from the building which housed Kingston’s first official gay bar, The Office. Opened in the early 1980s on the corner of Montreal St. and Queen St., the bar was located in the upstairs section of what is now Kingston’s only strip bar, the Plaza. Although The Office was the first openly gay bar, a number of other gay bars have occupied space at the Plaza, until as recently as 1997, when Dreammakers, the last lesbian bar in the building, closed its doors. Since the opening of The Office, a number of gay bars have occupied various Kingston locations, including Robert’s Club Vogue, which then became Club 477, a reference to its address at 477 Princess; Wally’s, a dance bar on Bath Road; and Shay Foo Foo’s martini lounge in the basement of the Rest Inn on Princess Street.

3 thoughts on “The Office”