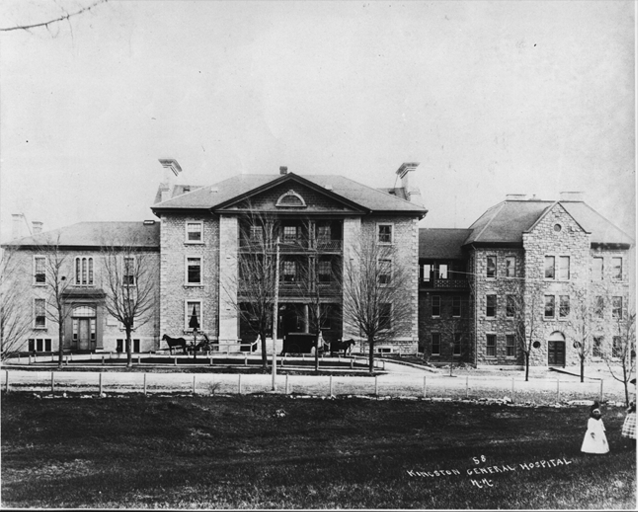 Kingston served as the first capital of the Province of Canada for just over 3 years. On February 15 1841, the Union of the Canadas was officially proclaimed and Lord Sydenham announced that Kingston would be the first capital. The first Parliament was held in the newly built Kingston General Hospital building, as shown in this photograph by Henry Henderson, circa 1875. In June 1844, the capital was moved to Montreal for it was felt that Kingston was too small, lacking in amenities and was vulnerable to possible American attack.