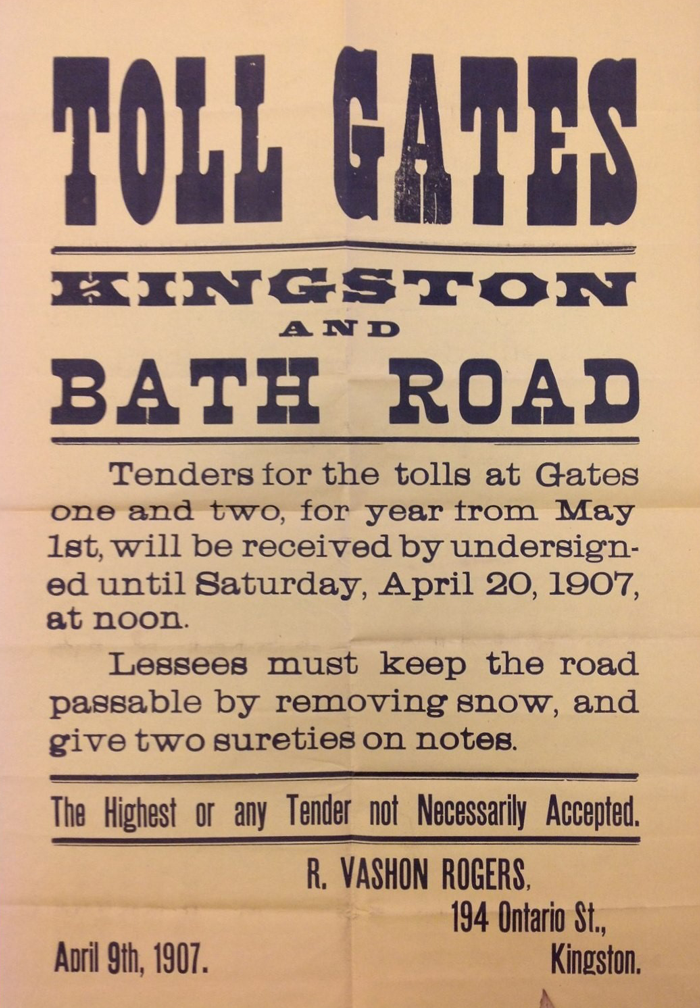 The Bath Road Company, also known as the Kingston Bath Road Company, was active in the late 1870’s until 1910. Toll roads were built by private companies that were chartered by the government. Often these companies took the form of joint stock companies, selling company shares to raise funds for road construction projects. In return, toll charges for use of these roads would help provide dividends to company investors and pay for the upkeep and repair of these roads. Toll roads were seen as the solution to the financing of roads in a province with a scarce population, limited tax base and vast geographical area. The Old Bath Road had been in existence as a road since 1798, by the year 1857 it had become incorporated and it is likely that it became a joint stock company sometime in the late 1870’s. In 1938, Bath Road became Provincial Highway 33. Given the state of the roads in Kingston these days, perhaps it is something that needs reconsidering?!