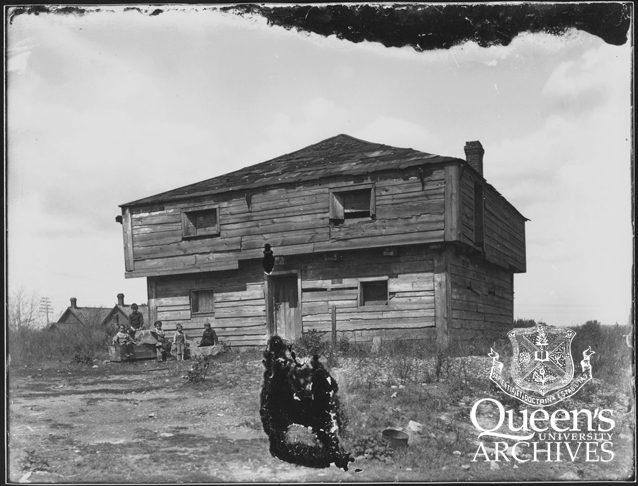 In preparation for American attack, the town of Kingston erected military blockhouses in four locations throughout Kingston. These blockhouses were connected by a high palisade picket fence, thereby enclosing the town. There were four guarded gates that allowed entrance and exit from the area located at King, William, Princess and Montreal streets. We believe this photo to be of the blockhouse that was located at the end of Sydenham Street overlooking North Street. The Sydenham Street Blockhouse remained standing until sometime in the early 1910’s.