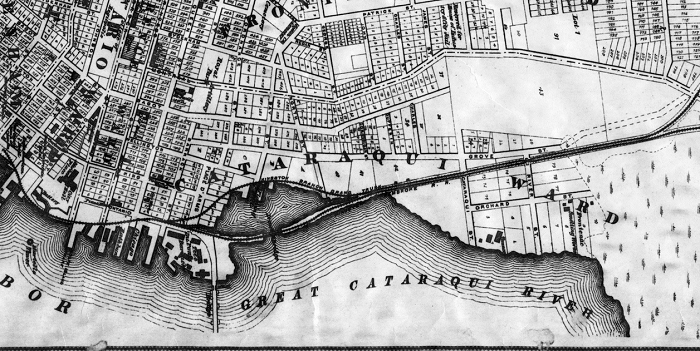 Learn about Kingston’s oldest neighbourhood. The Swamp Ward and Inner Harbour History Project (SWIHHP), with its partners CFRC Radio 101.9 and the Friends of Kingston Inner Harbour has released a six episode series of documentary podcasts about the history of Kingston’s Swamp Ward neighbourhood – located in the area north of Queen Street and up along the river to Belle Park. For many, it is a term used with pride or fondness; for others, it is associated with stigma. SWIHHP aims to learn more about the twentieth century history of a neighbourhood little researched or celebrated — but which is in fact the earliest area of human habitation in Kingston, starting with Indigenous, French and English people, and later becoming home to immigrants from many places including Eastern Europe, Italy, and Portugal. The Inner Harbour was a key industrial area of Kingston until the 1970s, when it fell upon hard times. Nowadays, the neighbourhood is changing again, with real estate prices rising and a new wave of residents embracing its history and walkable community vibe. For three years, SWIHHP director Professor Laura Murray (English and Cultural Studies, Queen’s), along with researcher Scott Rutherford and Queen’s summer students, has been interviewing community members and have collected over 80 oral history interviews, which will be available from the Queen’s Archives for all to hear. This material has been compiled to create these six episodes. This week, and in the following weeks until October 23rd, we challenge you to tune into CFRC 101.9fm from 4pm-5pm on Mondays to listen to these fascinating stories about our oldest neighbourhood. After its run, the series will be available for download at swampwardhistory.com and on itunes.


Join us in completing this week’s #ygkchallenge by liking it on Facebook and/or re-Tweeting it on Twitter. By liking and sharing, you’re not only committing to doing something great, but you’re also helping us spread the word and hopefully encouraging others to participate.

Photo credit to the Map and Aerial Photo Collection at Queen’s University.