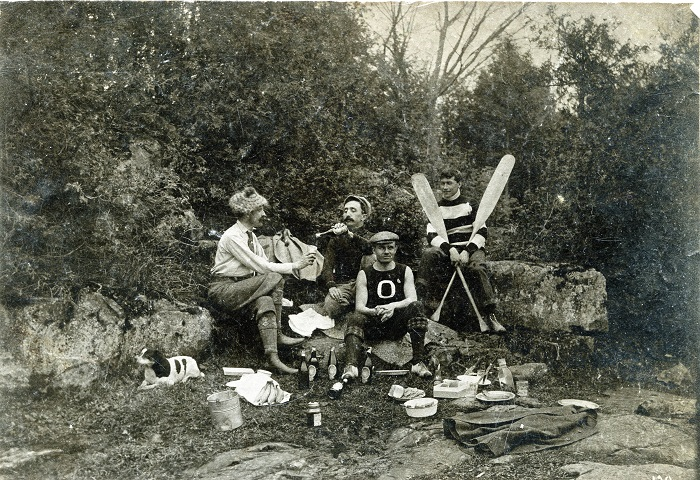 Tired of Winter? So are we. Instead of posting yet another winter scene we are moving on to imagining spring outings, drinking a beer outdoors, going for a paddle, wearing old-timey swimming costumes and short pants (okay, maybe not that). This photo comes from an album that made its way to Queen’s Archives through a circuitous route: This album was discovered by Mrs. Ina Acton while cleaning out a cupboard. She contacted the Kingston Chamber of Commerce asking if they would like to receive the material. The Chamber of Commerce acquired the album from Mrs. Acton and donated it to the Kingston Historical Society, who in turn deposited it at Queen’s University Archives in 1985.