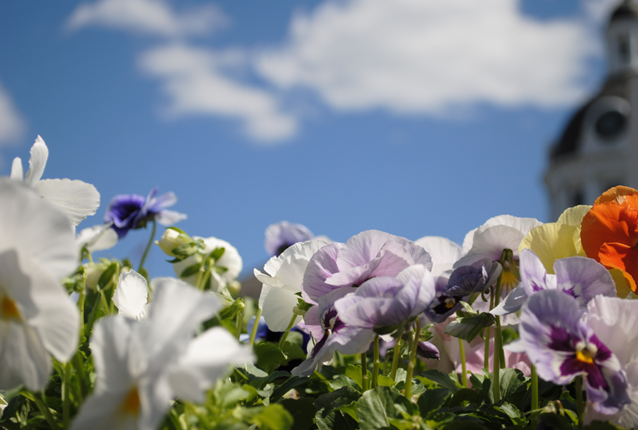 Grey skies are going to clear up, so put on your Friday face.  The work week is officially over for this guy, and hopefully you’re nearing the end of the line as well.  It was one hectic week for me, as I did just as much work around the house as I did at the office.  While I would like to sit back and get fat watching the playoffs all weekend long, sadly there are only so many hockey games, and there’s still so much work to be done around the homestead.  But again, all work and no play makes me go something something, so I’ll likely head out during the evenings to check out either the Daniel, Fred and Julie concert tonight at the Grad Club, or perhaps Jason Collett the following evening.  I’d be foolish not to also mention Jenny Whitely’s CD release party tomorrow night at the Mansion.  Thanks to Downtown Kingston for today’s image, which I found both warm and inspiring.  Two great feelings to carry over into the weekend!