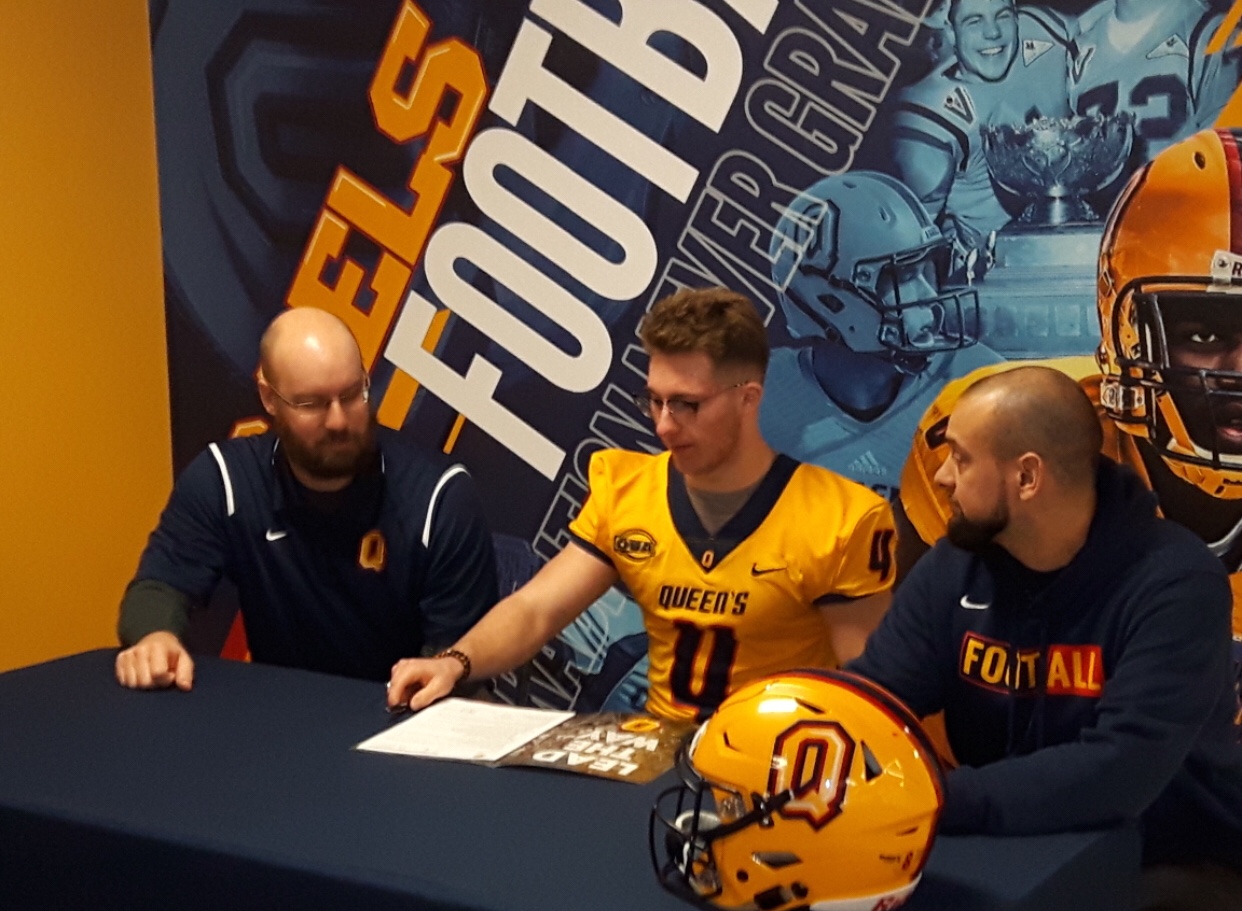 Although he’s only been on the job officially for a few weeks, new Queen’s football Head Coach Steve Snyder can already claim a major victory on the recruiting front. Snyder and Assistant Head Coach Ryan Bechmanis were all smiles as they introduced highly sought after recruit Ethan Martin.

Martin, a native of London, On, has chosen Queen’s over his hometown Western Mustangs. He is a 3-time Bob Goode Award winner as London’s senior player of the year. He is also the SPECTRA award winner as the top student athlete in South-western Ontario. Off the field, he is an outstanding student who will enroll in an accelerated science program that will allow him to apply for Medical School after 2 years of undergraduate studies.

When members of the local media gathered to welcome Martin to Kingston, it was assumed that he would be introduced as the Gaels quarterback of the future. His numbers as a high school QB are off the charts. However, in a surprise move Coach Snyder announced that Martin will play on the defensive side of the ball as a free safety. Martin indicated that he wants to pursue a professional career after his days at Queen’s are over and there are few to no opportunities for Canadian quarterbacks in the CFL.

Coach Snyder and Ethan’s dad, Dave, go back to Snyder’s first year in high school. The elder Martin was Snyder’s midget basketball coach at H.B. Beal Secondary in London. Ethan has known Snyder since he was 4 years old. That said, it was still a tough decision to leave home; however, the Martin family feel that Queen’s is a perfect fit both on and off the field. There was also intense interest expressed for a number of Ivy League schools.

Martin was also a member of Team Canada Jr. National program as well as the Ontario Canada Cup football program. A multi-sport athlete who also excels in track, Martin is considered one of the best football prospects to ever come out of South-western Ontario. So not much pressure. He is already participating in a 5-day per week off season program in preparation for his arrival at Gaels training camp in August.