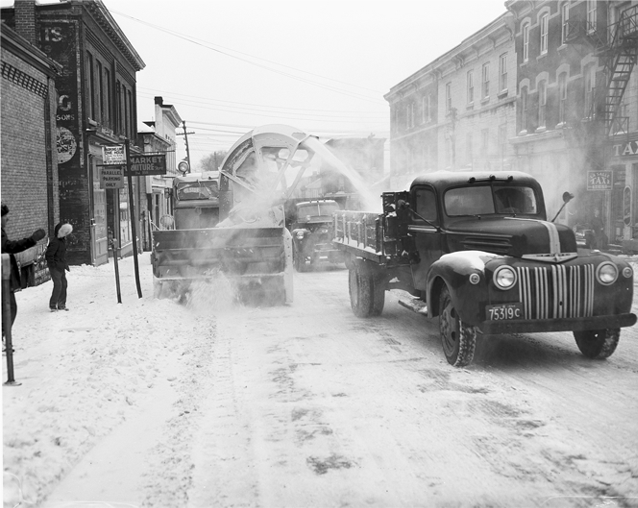 Snow, snow and more snow. Not an uncommon refrain in Kingston these days. In the early 20th century, city workers used horse drawn wagons, mounted on runners, in an attempt to keep Kingston’s major thoroughfares open. Once motorized vehicles were on the scene it wasn’t long before they were adapted to remove snow – as early as 1913, according to some references. Pictured in this George Lilley photograph from December of 1948, a snow blower and removal truck are hard at work clearing the snow from Wellington Street between Princess and Queen.