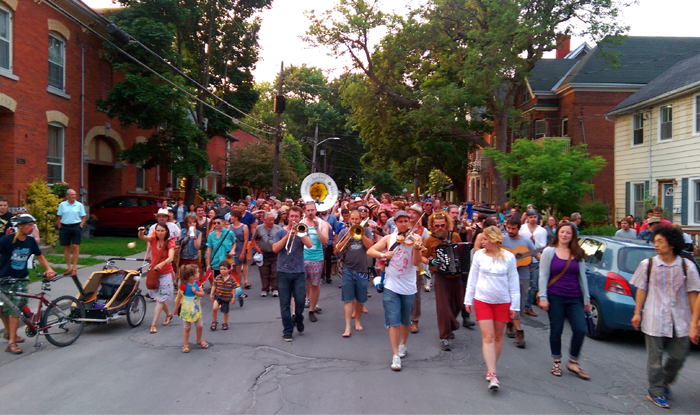 The 2015 Skeleton Park Arts Festival officially concluded late last Saturday following a lively musical spectacle that was enjoyed by a crowd of hundreds who had packed Princess Street in front of The Sleepless Goat. Earlier in the day, Skeleton Park (aka McBurney Park), served as the backdrop for the annual, free outdoor music festival which featured the likes of Fred Eaglesmith, Oh Susanna, D’Harmo and many other talented slash local artists. While the 10-year-old festival has grown into a 10-day celebration of the arts, the outdoor concert and subsequent parade down Princess Street stand out as activities you really have to see in person to fully appreciate just how special they are. Check out some of our photos from the solstice celebrations below.