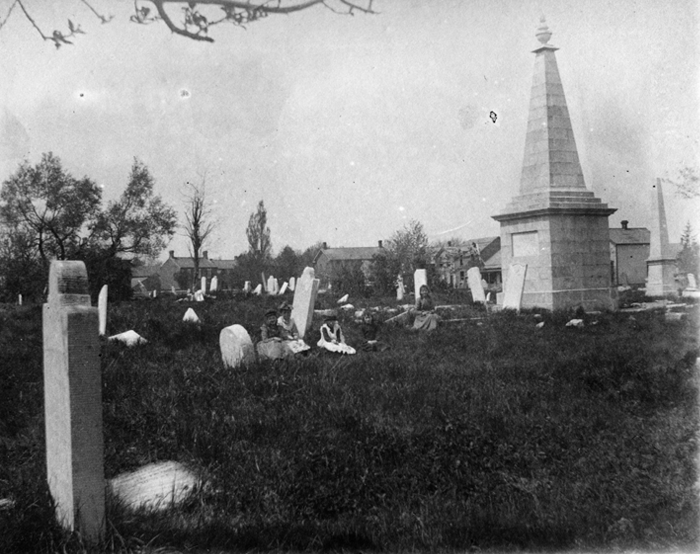 With the Skeleton Park Arts Festival in full swing, we thought we would tell the story of how the park got its unofficial name. Known progressively as the Garrison Burial Ground, the Upper Burial Grounds, Frontenac Park and finally its current official name, McBurney Park (named after former Central Public School Principal, James A. McBurney), this former cemetery was the resting place of approximately 10, 000 bodies. While McBurney is no longer an active cemetery, it is still legally classified as one due to the remains which are interred there. New burials were halted in 1864 but it was not until 1893 that it was re-imagined as a City Park. While many of the tombstones and graves were relocated not all were due to the neglect and dereliction of the cemetery until that point. There were many citizen complaints of the cows and horses which were put to graze on the land and the vandalism occurring to headstones. The above photograph is from ca. 1880 and illustrates the condition of the park at the time.