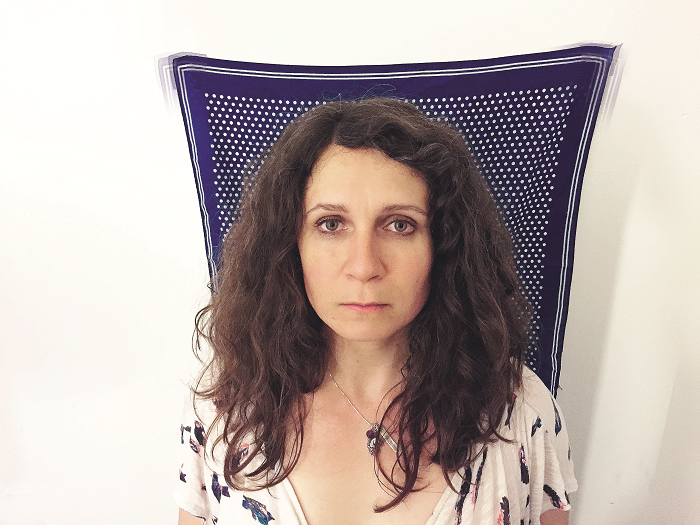 We first interviewed musician Megan Hamilton in 2010 when she moved to Kingston from Toronto.  At the time, she was performing and touring with her band, The Volunteer Canola.  Since then, a lot has changed for Hamilton including getting married and having a child.  Despite the busyness of being a mom and having a full time job on top of music making, she released Snow Moon in 2013, a three song EP which was produced by Canadian music golden boy Jim Bryson.  In two weeks, Hamilton will be performing new songs from her upcoming full length album, Forty Warm Streams to Lead Your Wings at The Wolfe Island Music Festival.  Also a collaboration with Bryson, this new album features both old and new songs performed by a stellar line up including Jamie Kronick (Her Harbour), Philippe Charbonneau (Her Harbour, Hilotrons), Kingstonist’s own Danielle Lennon (Kingston Symphony Orchestra), and Bryson himself.  You can catch Hamilton’s release performance at WIMF on Friday, August 7th at 10pm at St. Margaret’s Hall.  The album will be officially released on September 25th 2015.

1. You moved to Kingston from Toronto 6 years ago and, in addition to the change of scenery, you also got married and had a daughter.  How have these changes affected the way you approached this new album?

It’s all about time, now. Using whatever spare time I can sneak as thoroughly as I can. I think my perspective on the world has changed since having a daughter, as well, so I’m sure that is infused into the work. The funny thing is that on all the previous releases, I never allowed a swear word, but on this one, presumably the one my child will hear, I drop an f bomb. I debated that stupid word so often in my head, and ultimately, it just works and using something else was going to feel cheap. If she does happen to notice, I think I’ll just say “what does ducking mean? Oh, that’s when you crouch low.”

2. With the roots you’re putting down in Kingston, one might get the impression that you plan to stay. What is the draw for you to stay in Kingston?  What do you love most about living here, musically and otherwise?

Haha, well you never know. Kingston has been a wonderful city for both me and Ben. It was a fairly easy transition from Toronto, and for the first few years, I didn’t miss Toronto at all. Now I find myself missing certain people and certain places, but less often than I’d suspected I would. Kingston is pretty rich with artistry – so many incredible and eclectic musicians. A really nice community. And my neighbourhood is wonderful. We’re lucky to live right in the middle of the fruit belt in Skeleton Park, and I know all my neighbours. We hang out and chat. I never had that in Toronto. The other night I took Audrey for a quick 10 minute walk before bedtime, and it turned into 2 hours because we kept bumping into people and having visits. It’s just lovely.

3. This is your second project with Jim Bryson (The Weakerthans, Oh Susanna).  How did that partnership come to be? What drew you to working with him?

I happened to ask Jim one day about working with Oh Susanna at Zane’s studio (North of Princess) when I was first thinking of getting back to recording after having my daughter. It sparked some back and forth and ultimately he mentioned that he’d be interested in helping out and that he’d been veering into producing. I’ve always admired Jim – the first time I saw him, it was at Lee’s Palace for NXNE several years ago, and it was just such a terrific set. His songs were wonderful, and his camaraderie with both the band and the audience was engaging. He’s just a likeable human. And as a producer, he’s a perfect camp counsellor. He walks in and you know he’s in charge, but you also like him a lot and feel like he’s on your side. I’m pretty careful with who I work with.

4. Forty Warm Streams To Lead Your Wings is a mix of songs that you wrote recently and some older tunes that you hadn’t yet recorded.  How did you decide which songs would be included in FWSTLYW?

I think I went to Jim with about 17 and we boiled it down to the 12 that are on there. A couple weren’t quite ready, and the others just didn’t work or didn’t feel right. The ones we went with sort of span over a long period of time – for whatever reason, they hadn’t made it to previous recordings. We actually recorded $5&U for See Your Midnight Breath in the Shipyard, but it didn’t fit. And I think they work in this compilation because it’s meant to be a reflection of being 40. Where I’ve come from, where I am, where I’m going. In some ways, this is the most honest record I’ve made. Obviously it’s not all about actual real life stuff, but a lot of the emotions behind it are.

5. You’ve mentioned on social media that this album is one of your most honest and that you took risks and went outside of your comfort zone.  Can you tell us more about that?

Ha – I answered the previous question before reading this question. Many of the risks were vocal. I’m not a singer’s singer. I sing as an expression of the song, instead of trying to sound pretty or flourishy or whatever. But there’s a lot more power in my voice – Jim helped to bring that out. I allowed myself to experiment a little more. I also made this record for me. I used it to find the joy in making music again. For whatever reason, I’d lost that back in 2009 when we decided to move to Kingston. I had so much anxiety about it. I remember a few years ago a friend asked me how music was going in a bookstore, and I just started to cry. Super embarrassing. I’m not sure – maybe I felt like I’d failed because I hadn’t sold enough records/made it into the right festivals/fill in the blank. But it took me a while to get back to the root of why I gave everything else up and started doing music in the first place – joy. The joy of expression. Let’s face it, it’s hardly a lucrative career even for the blessed few who are hot tickets, so you may as well feel really great about what you’re doing, right?

6. You’ve earned a Friday night performance slot at this year’s Wolfe Island Music Festival, opening for Wax Mannequin and Mo Kenney, and this show will also be your local launch party. How excited are you to perform and share songs from the new album with festival goers?  Which other acts are you looking forward to seeing?

Man I am so stoked to be playing this festival. It was a bucket list item. I am totally nervous about introducing these songs, but also excited – it’s been a long time. We started demo-ing this record in early 2014. We completed an Indiegogo campaign in April 2014, so it’s really been a while. I’m honestly excited for just about every band. I’m so happy to see the Cons again (I saw them at the Horseshoe a looooong time ago). Steve Pitkin from Elliott Brood used to do sound for a series I put on at the Cameron House also a long time ago, and I’ve never been able to see Elliott Brood, and I’m still not going to because I forgot we’re on at the same time. Argh. I’m excited to see Wax Mannequin (we played the same festival in Owen Sound a few years ago and his show was so packed we couldn’t get in), and certainly Mo Kenney, who is incredible. Moonface, Hayden, The Elwins… I’m going to try and see some of Limblifter, too, because holy cow. I’m also hoping for a Daniel Romano/Spencer Burton mash up… Oh, and that tall and lanky co-host. I like seeing that guy.